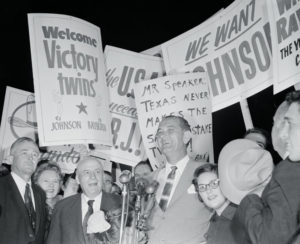 Mimi Swartz’s essay in the New York Times lends support to something I wrote just the other day.https://highplainsblogger.com/2016/05/texas-democrats-already-are-demolished/

It involves the pitiful state of the Texas Democratic Party.

My friend Tom Mechler was just re-elected chairman of the state Republican Party and then called for the demolition of the state’s Democrats. My response was that the Democratic Party already has been “demolished” in Texas.

Now comes Swartz, writing for the NY Times saying that Texas is so reliably Republican that we won’t be “relevant” in the upcoming presidential election.

She mentioned how it used to be in Washington, with Texans of both parties commanding actual respect among their congressional colleagues. Lyndon Johnson and Sam Rayburn? How about Dick Armey? Swartz said, correctly, that they “got things done.”

I’m glad she didn’t mentioned the looniest of the looney birds now representing Texas in Congress — Louie Gohmert, R-Tyler, the conveyer of lies about President Obama’s birth and assorted other nutty pronouncements.

My favorite paragraph in her essay talks about what has become of the state’s former pull in D.C.:

“That kind of gravitas has quit the scene. Texas boasts legions of engineers, architects, doctors, lawyers, artists and energy executives who enjoy global reputations, but back home pridefully ignorant pygmies run the political show. One example: When our senior senator, John Cornyn, was running for re-election in 2014, the Houston Chronicle’s editorial board asked him for his view of a huge coastal storm-surge-protection project in the Houston-Galveston area known as the Ike Dike. His answer: ‘I don’t even know what that is.’”

What’s worse is that the Texas Democratic Party remains clueless on how to reshape the state’s political landscape.