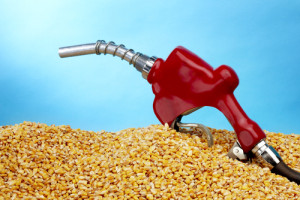 Oh, this might sting a little, but I’m going to speak well of the Cruz Missile, U.S. Sen. Ted Cruz.

The freshman Republican senator from Texas stunned the political world Monday by defeating 10 other candidates in the GOP caucus in Iowa.

What is most fascinating — to me, at least — was that he did so while standing behind a principle that runs counter to the corn growers of Iowa.

There happens to be a lot of them in the Hawkeye State.

Cruz opposes federal subsidies to produce ethanol, a bio-fuel made with corn. He argued the case fervently as he traipsed through Iowa’s 99 counties. Cruz’s opposition to ethanol subsidies drew the wrath — and it’s not too strong a word — of Gov. Terry Branstad, the Republican who urged Iowans to vote for anyone but Cruz.

I have to give huge props to Cruz for standing firm.

The primaries occur in individual states that have specific issues, needs and interests. The common tactic for presidential candidates is to waltz into a state and talk positively about those issues. Cruz didn’t do that as it regards ethanol. He opposes them and told Iowans that very thing, to their face.

I have no clue about how many votes his opposition to the subsidies might have cost him. It might be that had he waffled on his stance against the subsidies that he would have finished farther ahead of the field than he did.

Has this guy changed my mind about him? Would I vote for him if hell freezes over and the Republican Party nominates him for president? What do you think.

Still, when someone stands on a principle when it threatened to torpedo his political ambition, well, that’s cause for a salute.