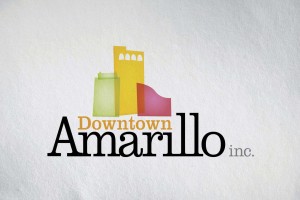 I understand full well what Amarillo voters intended when they voted to revamp the majority on their governing City Council.

Now comes perhaps the most significant change yet: the de-coupling of the city from Downtown Amarillo Inc., the non-profit agency set up to spearhead downtown’s redevelopment.

I look from my perch in the peanut gallery and keep asking: Why mess with a formula that has brought us significant positive movement?

DAI will continue to exist. It won’t get city money. It will operate as an independent agency. At this moment, it doesn’t have an executive director; Melissa Dailey, who led DAI in that position, quit early this week on the eve of the City Council’s decision to cut the city’s ties with the agency.

She saw what was coming and wanted out.

But the question in my mind remains: Have we enacted change just for the sake of fulfilling some general campaign promise?

I look back on my 21 years living in Amarillo and I see significant improvement in the city’s downtown district.

Polk Street, once the hub of social life in Amarillo, has begun showing signs of life again. New office complexes have sprouted up. The historic Fisk Building was emptied out and then re-cast into a first-class hotel run by Marriott. Southwestern Public Service has begun construction on a new office complex. The Chase Tower, which once was a decaying skyscraper, has been remodeled and modernized. We’ve seen the completion of loft apartments.

Did all this happen by itself? Well, no.

DAI had a hand in some — if not most — of the improvements we’ve seen.

I haven’t yet met the new interim city manager. Terry Childers seems like a mature, forward-thinking individual with a proven record of success. He’ll be running the City Hall administrative show until the council finds a permanent manager.

My hope is that he knows what he’s doing by recommending all these changes.

My fear is that he and the rest of governing machinery have tossed aside a winning formula without knowing what will take its place.

I am pulling for hope to override fear.