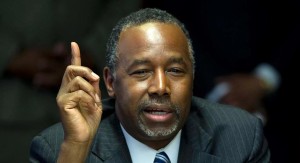 The vetting of the latest Republican presidential front runner has begun.

It’s gotten a bit bumpy for the noted neurosurgeon.

Politico reports that contrary to what he’s written about himself, Dr. Ben Carson never was offered a scholarship to the U.S. Military Academy. He didn’t even apply for admission, Politico reports.

Carson, though, says he was told when he was 17 years of age that if he applied, he’d be offered the full ride. Who told him? He said it was Army Gen. William Westmoreland, who had just finished commanding U.S. forces in Vietnam.

So … did the good doctor lie, fib, “misremember,” or what?

Carson’s record is under scrutiny more than ever now for a simple reason. He’s among the leaders of a still-packed GOP presidential field of candidates.

If he made it all up, then he’s likely guilty of something approaching stolen valor … you know, when folks make up war stories about themselves. It’s more or less what former NBC News anchor Brian Williams did when he claimed to have to been shot down by an Iraqi rocket-propelled grenade in 2003; oops, didn’t happen, we found out later.

Still, one shouldn’t be allowed to get away even with “misremembering” such details about one’s life when he seeks to become president of the United States of America.

It kind of reminds me of when Democratic presidential candidate Bill Clinton once said he didn’t remember getting a draft notice. Interesting. As one who did get such a notice from Uncle Sam, I can speak for others who did as well that you do not forget getting such a letter.

Dr. Carson has some serious explaining to do. His campaign now says he didn’t get the scholarship or the appointment to West Point.

Now, let’s hear from you, Dr. Carson. Did you make it up?