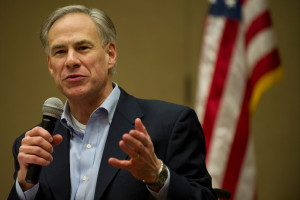 I’ve got a topic for them to talk about.

Border security on the Mexican side comes to mind.

I’m glad Gov. Abbott is venturing to Mexico City to talk about international relations with our neighbors. But you know, with all this talk about immigration and the “flood” of undocumented immigrants pouring into the country, I think Abbott ought to take this opportunity to ask his friends in Mexico what they’re doing to prevent the immigration situation from getting even worse.

Do you remember all those children who were coming to Texas and other border states from Central America? They were traveling through Mexico to get to the United States.

I don’t recall hearing a credible explanation from Mexico as to how and why those children were being allowed to travel all the way through that country into ours.

Perhaps the governor can ask President Nieto about that? Hey, dignitaries often have “frank” discussions when leaders meet. OK, Abbott isn’t a head of a nation-state, but he is the head of a leading U.S. state that borders Mexico.

He ought to quiz his pal in Mexico City about the bilateral responsibility that’s involved with securing our shared border. President Obama gets pounded by his critics for failing to secure our side of the border.

Perhaps, though, it would be good to ask the Mexican president what he’s doing to secure his country’s side of the border.