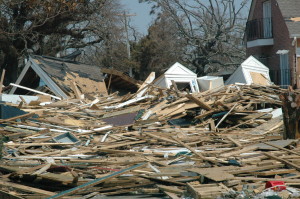 Ten years after the fact, Texans perhaps should take stock of a time when our state stood tall as our neighbors fled a savage onslaught.

Hurricane Katrina killed nearly 2,000 Louisiana residents and drove many thousands more than that from their homes. And of those thousands who were displaced, many of them came to Texas.

Most found refuge downstate. Some came to the High Plains.

As Erica Greider writes in her Texas Monthly blog, the manner in which Texas responded to the crisis provided the state with one of its shining moments.

Greider writes: “… Texas’s response to Katrina has to count as one of our state’s finest moments. We saw real leadership from people like Rick Perry, then the governor, and Bill White, then the mayor of Houston, among many others, and real graciousness on the part of millions of Texans, who welcomed so many neighbors at their time of need. I’d like to think that’s who we are. And I’d like to think it’s a good reminder for us today, since 10 years later we have the flaring tempers and frayed nerves without the proximate cause of a historic natural disaster: when people work together, progress is possible.”

Amarillo responded well during that time. We set up emergency quarters for the residents who came here. We gave them shelter, food, medical care, counseling services and placement advice as they sought to collect themselves after having their lives shattered by the storm’s wrath.

It’s good that we don’t have to respond in such a fashion all that often. But when we do, it’s also good to know we are able and willing to answer the call for help.