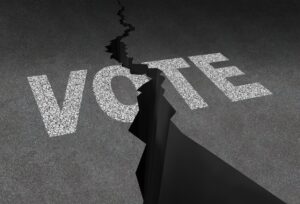 You know what? I happen to agree with him. Big surprise, eh?

Let me be clear about one point: One of those “other provisions” involves proof of identification when you go vote. I have no problem with requiring photo ID or some valid documentation to prove that we are who we say we are.

As for the much of the rest of it, President Biden is correct to presume the Texas anti-voting legislation is anathema to what we stand for as a democratic nation.

“Today, Texas legislators put forth a bill that joins Georgia and Florida in advancing a state law that attacks the sacred right to vote, ” Biden said in a statement to The Texas Tribune. “It’s part of an assault on democracy that we’ve seen far too often this year — and often disproportionately targeting Black and Brown Americans.”

There you have it. Biden has identified what many of us believe has been a frontal assault by Republican Party officials against efforts to encourage voting. Their response has been to restrict avenues for Americans to cast ballots.

Think of this for just a moment. A nation that has suffered through low voter turnout — compared to many other industrialized nations — has taken a state-by-state approach to restricting voters’ access to the ballot box. To think, therefore, that Texas — where turnout is below the national average historically — wants to discourage voters from casting ballots.

Texas Republicans are hiding behind the Big Lie about alleged “vote fraud.” The 2020 election was the most secure in our history. That hasn’t dissuaded the GOP from clamping down on access to voting.

Sen. John Kennedy, a Louisiana Republican, might have thought he could get away with hurling a rhetorical fastball at a noted voting rights activist.

He asked Stacey Abrams of Georgia to explain to him what in that state’s new voting restriction law is “racist.” Abrams, a Democratic activist who happens to be African-American, fired back.

Abrams launched into a point-by-point recital of all the provisions in the Georgia law she deems to be discriminatory.

Kennedy sought a couple of times to shut her down. Abrams persisted. She continued. Abrams ended up giving Kennedy far more than he thought he would get when he posed the question.

I attached a link to this brief blog post that explains what I am talking about. It’s worth taking a look.