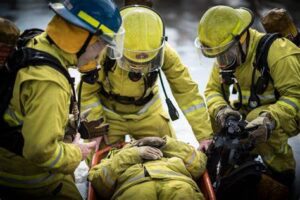 This is the second consecutive Thanksgiving we are celebrating under the threat of a killer virus.

I am going to offer a brief — but most assuredly heartfelt — word of thanks and gratitude for those who answer the call when people are stricken.

I live next door to a neo-natal nurse who I am certain has seen her share of heartache. A law enforcement officer shares her home with her and he, too, is called upon to respond to those who need help.

They have earned our gratitude and our thanks.

I hear about parades taking place today around the country that are dedicated to saluting first responders. They enforce the law, respond to fires, they work in ambulances and assorted rescue vehicles. They are neighbors who lend a hand for those nearby who, for whatever reason, are under stress and duress.

They rush to people’s sides. They hold their hands. They tend to their needs. They do so out of dedication to the careers they have worked hard to pursue; that dedication carries a serious implication, which is that they must tend to others’ needs.

In the spirit of the holiday, I want to be among the millions of Americans who thank these individuals for the work they do selflessly and with dedication to caring for our well-being. 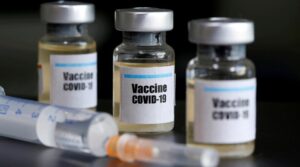 Good news needs sharing, so I’ll do it here.

I keep seeing social media posts from friends in the Texas Panhandle who proclaim they have received both of their COVID-19 vaccine shots. They all live in Amarillo, where we lived for more than two decades before moving to the Metroplex in 2018.

It strikes me that Amarillo has earned the applause it is getting over the way it has handled the vaccine response protocol with which it has been forced to operate.

Amarillo reportedly is No. 1 in the nation in the rate of vaccines. Collin County, where we now live? Not so good, although I understand it is kicking into a higher gear with a new “mega” vaccine center opening up in Plano. My wife and I are on a waiting list. We hope to get called soon by Collin County’s health department.

This brief post is intended to toss some praise at Amarillo for doing a bang-up job in getting its residents inoculated against a virus that has infected a large number of my friends, former colleagues and former news sources. It has taken the lives of many fine individuals who made Amarillo and the Panhandle a special and vibrant place.

Have we turned the corner as a nation? Probably not just yet. I keep hearing that we might be starting the long ride out of the deep, dark woods with this killer virus. More misery lies ahead.

However, I am heartened beyond measure by the good news I am hearing from my old haunts. I enjoy learning about the hurdles my friends are clearing as they continue their own struggle against the virus that continues to haunt us all.