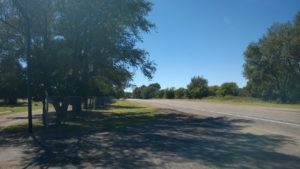 ROBERTS COUNTY, Texas — You don’t see many of these around this part of Texas.

But in this rural county, and over yonder just east of here in Hemphill County, they have a relative abundance of them along U.S. 60 and U.S. 83, which intersect in Canadian.

Think of what might have happened to a lot of these beauties.

The Texas Department of Transportation came up with a cockamamie idea some years back to cull a good number of trees from U.S. 60. They posed a “hazard” to motorists in some locations, TxDOT suggested.

TxDOT then put the word out to the public that it was considering getting rid of several thousand trees.

What do you suppose was the reaction in the affected area? Give up? Of course you know! It was an expression of outrage. Residents didn’t want TxDOT messing with them trees, you know. I was writing editorials for the Amarillo Globe-News at the time and the newspaper expressed its extreme displeasure with what TxDOT had in mind.

To its great credit, this state agency listened to the calls. It revised its tree-culling plan, which resulted in a serious reduction in the number of trees it would remove.

The photo attached to this blog was snapped this afternoon right next to the Miami Cemetery in Roberts County. Very soon, the leaves will turn colors.

Motorists who drive along U.S. 60 between Pampa and Canadian will be able to treat themselves to some fall foliage splendor that is about as pretty as it gets.

Thanks, TxDOT, for keeping the roadside eye candy for us to ogle.