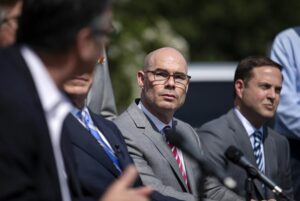 Texas is going to have a new state House of Representatives speaker when the next Legislature convenes in January 2021. The matter that got the current speaker, Republican Dennis Bonnen of Angleton, into so much trouble has been well-chronicled … mostly.

I want to focus briefly on one matter that needs a bit more exposure: the promise to grant a political action committee media passes to the floor of the Texas House.

Bonnen and Empower Texans founder Michael Quinn Sullivan had a conversation that Sullivan recorded. Bonnen gave Sullivan the names of 10 GOP lawmakers who Sullivan could target in the 2020 legislative election. He also promised to give Sullivan’s group media credentials, enabling Empower Texans to lobby legislators on the House floor.

That is a seriously bad move by the speaker, who decided against seeking re-election next year.

Empower Texans trumpets itself as a “news” organization, that it purports to report news on its various information platforms. It is no such thing. It is a strong advocacy group that promotes a rigid ideology. They are repugnant to me personally.

It would be equally wrong for a group such as, say, Planned Parenthood or the American Civil Liberties Union or any other progressive political activist group to be granted that kind of access to legislators.

It was bad enough that Bonnen betrayed his GOP colleagues by offering up the names of 10 of them to appear on Empower Texans’ hit list. It was equally improper for Bonnen to promise media passes to a PAC whose mission is to turn the Legislature into a mouthpiece that echoes Empower Texans’ right-wing agenda.

May the next speaker — and those who come later — learn from this sorry example of a political double-cross.