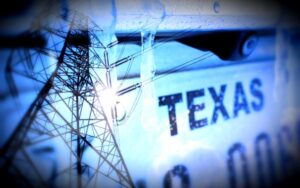 It has gotten cold in North Texas, which by itself is no great shakes, except that our memories are fresh from what happened a year ago when the mercury fell to, um, really hideous levels.

The electrical grid failed. So did our water supply.

We aren’t nearly as cold in this third week of January 2022 as we were in the middle of February 2021, so I am not sitting on pins and needles … just yet.

Gov. Greg Abbott has promised that the lights will “stay on” this winter. So has the head of the Public Utility Commission of Texas. Ditto for the folks who run the Electric Reliability Council of Texas, the agency that manages our state’s power grid.

All I can say at this moment is: It had better hold up! Or else!

I don’t what the “or else” would produce. I just know that we’re still less than halfway through the winter season. Last year was a serious downer. None of us wants a repeat of the disaster that befell the state.

The pols who are responsible for ensuring we stay warm and watered don’t want it, either. 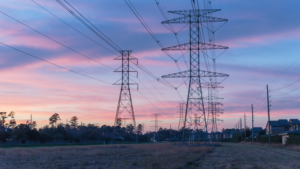 The 181 men and women who serve in the Texas Legislature are talking at least about how they intend to repair the state’s electrical infrastructure.

One hundred fifty of them serve in the House of Representatives; 31 serve in the Senate. I wish them all the best, not because I care about their political standing. I want them to take measures that keep our lights on and the heat flowing the next time our temperatures plunge to zero or below.

House Speaker Dade Phelan, R-Beaumont, has unveiled the House’s legislative agenda that deals with the infrastructure. It’s not long on specifics just yet, given that many of the measures haven’t been filed as legislative proposals.

One of them, House Bill 10, seeks to overhaul the structure of the Electric Reliability Council of Texas, like requiring that all of ERCOT’s board members live in the state. You’ll recall what happened to us a month ago, with the state freezing and ERCOT decision makers living far away.

House Bill 11, according to the Texas Tribune, is a bit more complicated. The Tribune reports: Some other ideas could prove challenging. House Bill 11, for instance, would order the PUC to require power generators to implement measures to avoid service outages during extreme weather events, including winter storms and heat waves. But retroactively equipping power plants and the state’s energy system to withstand cold temperatures is likely to be difficult and costly, energy experts have said. Building energy infrastructure that from the start is designed to perform in winter conditions is easier and cheaper, they have said.

Ah, yes. Winterization could be “difficult and costly.” Do ya think?

I want the Legislature to do what it must do to avoid the near calamity that could have befallen our energy grid. ERCOT said it was just minutes away from the grid imploding on itself during the coldest portion of the winter storm.

Many communities throughout the state were left to deal with the power outages and the failure of water systems. It hasn’t been pretty. Princeton, where my wife and I live, managed to get through the mess and mayhem in fairly short order. But … we did not appreciate living in a frigid house even for the short period of time our city was dark.

The Legislature needs to spend no time considering, for instance, foolishness such as requiring the playing the “Star Spangled Banner” at public events. Not while we have valuable heating and cooling infrastructure that needs the state’s immediate attention. 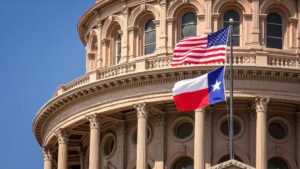 What do you suppose is on the minds of the 181 men and women meeting in the State Capitol for the next few weeks? I think I know.

One of those things has to do with electricity, and whether Texas can avoid the problems it encountered when a monstrous winter storm blew in over the state in the middle of February. Millions of Texans lost their electricity, the ability to heat their homes. What’s more, the water went out in millions of other homes and businesses.

Legislators convened their session in early January and Gov. Greg Abbott tasked them during the storm to get busy looking for solutions to the crisis, which he deemed “unacceptable.”

I have set out trying to learn what Northeast Texas legislators are thinking about how to solve the problem. One possible – albeit preliminary – idea comes from freshman state Sen. Drew Springer, who has filed a Senate bill requiring that all members of the Electric Reliability Council of Texas actually live in the state where ERCOT manages the electrical grid.

Springer, a Republican from Muenster, moved to the state Senate from the state House of Representatives after winning a special election in Senate District 30 to replace former state Sen. Pat Fallon, who was elected to the U.S. House.

Seven members of the ERCOT board have quit; six of them live outside the state. Springer wants to invoke a residency requirement, a notion endorsed enthusiastically by state Rep. Scott Sanford, a Republican from McKinney.

At issue are ways to prevent catastrophic failure, which ERCOT said could have happened, that the state electrical grid was literally minutes away from complete collapse.

Solutions will cost money. They might involve investment of huge sums of money to winterize the power generating system. Sanford is open to dipping into the state’s Rainy Day Fund. “Whatever we decide,” Sanford said, “Texans are going to pay, either through taxes or utility costs.” The Rainy Day Fund, though, could be available to help defray some of that cost. “It didn’t rain, but we had an emergency on a large scale,” Sanford said.

State Rep. Bryan Slaton, a Royse City Republican, said he isn’t terribly concerned about the price tag associated with the repair of the grid, declaring that the state simply has to get the job done.

Slaton, serving in his first legislative session, said he lost power at his Royse City home “for just a little while,” but added that the apartment where he lives during the session with his wife and children lost power and water for several days. “I wasn’t in Austin when the power went out,” Slaton said, adding that “it took me six hours to drive from Austin to home,” noting that it usually takes a lot less time.

Slaton said he is willing to work “as long as it takes” to find a solution to the electrical grid problems.

He said the failures were across the board and all the energy sources need attention. As for whether “green energy” was a major culprit, as suggested by Gov. Greg Abbott, Slaton said “green energy has proven to be unreliable.” He said wind and solar plants froze up, as did natural gas stations. Slaton believes nuclear energy, which provides even less power to the grid than solar or wind energy, is “the most reliable source” that Texans can use.

“A lot of things went wrong with the grid,” Slaton said. He said that in 2019, state Sen. Bob Hall of Van Zandt County and state Rep. Tony Tinderholt – both Republicans – commissioned a study to look at ways to “harden the grid.” Slaton said he is unclear on the status of the report they submitted but suggested it might provide a good starting point for the 2021 Legislature to consider.

He also said that he has filed a bill to require that the Public Utility Commission of Texas become an elected rather than an appointed body. “That way, when things go wrong, we can hold the PUC board accountable at the ballot box,” Slaton said.

Sanford, who is executive pastor (which he said is akin to being business manager) of Cottonwood Creek Church in Allen, is serving in his fifth legislative session after winning election in 2012. He said, “The first thing we have to do is understand what happened and examine the policies that contributed to the crisis.” He said the state hasn’t yet “reached that point” of determining which policies to change.

Indeed, Sanford experienced some personal misery at his home in McKinney, which he said suffered from a burst water pipe. So, it is safe to presume that the lawmaker also has some skin in this legislative game of looking for solutions to the state’s electrical grid.

Sanford did say that ERCOT and the PUC need to develop greater ability to “send up red flags” and then communicate to Texans in advance of these weather events how to deal with them. “The warning system needs to be transformed,” Sanford said.

Slaton and Sanford seem to disagree – if only a little a bit – on whether Gov. Abbott was correct to blame the Green New Deal for the failure of the electrical system, although Sanford is reluctant to get into a partisan battle. “The last thing we need to do is get into a Democrat vs. Republican deal,” Sanford said, imploring the Legislature to “put Texans first.” Sanford did say that he prefers “reliable” energy over “renewable” energy, which he suggested has proven so far to be an unreliable source for Texans.

Sanford said he is “intrigued” by the idea that Slaton has pitched, making the PUC an elected body, and he “absolutely” believes the state should require ERCOT board members to live in Texas.

Slaton said he is willing to work “for as long as it takes” to find solutions to the disaster that the state came within minutes of experiencing.

It seems a safe bet to presume that Rep. Slaton’s legislative colleagues are willing as well to stay on the job until they fix the problem. Millions of Texas residents will demand it.

Rest assured I will be among them.

BLOGGER’S NOTE: A version of this blog was published initially on KETR-FM’s website.