Are you … kidding me?

People for the Ethical Treatment of Animals has weighed in with what I believe qualifies as the most preposterous request ever made … by anyone, ever, in the history of the world.

PETA wants Major League Baseball to rename the “bullpen “– the place where relief pitchers warm up before entering a game — to “arm barn.” PETA wants to be “sensitive” to, um, bulls. 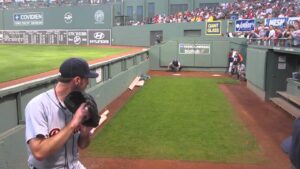 PETA calls for the MLB to change term ‘bullpen’ to the ‘arm barn’ to be sensitive to cows (msn.com)

What in the name of social activist idiocy is going on here?

It’s not like MLB pens up actual livestock in these places, for ever-lovin’ sake. Yet here we have PETA seeking to replace a commonly used place with something that is more animal friendly!

I saw the story and thought momentarily that it must be a satire published by The Onion. It isn’t. It’s for real. 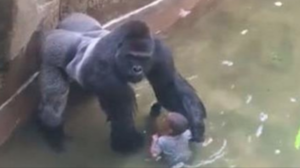 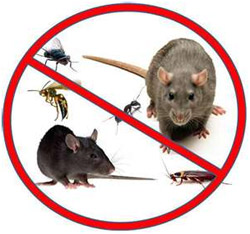 I am married to a territorial woman.

She loves God’s creatures as much as anyone I know — except when they invade our home.

Then she becomes ruthless. Stay out of my space, she says with extreme prejudice.

A mouse invaded our pantry a few days ago. It’s now gone. Is it dead as I write this? I do not know for a fact that it is. I’ll assume it will be in due course.

The little critter had feasted on some pasta in our pantry, scattering the noodles all over one of the shelves.

That did it, according to my wife. We pulled out some mouse traps, the kind with the sticky glue; mouse walks onto the glue to get at the bait and, oops!, it gets stuck.

What about our 13-year-old cat, Mittens? Well, there once was a time when she was a merciless mouse killer. She has lost interest in that endeavor as she has entered her golden years. I’ll give her a pass, as she’s earned her keep through previous pest control.

People for the Ethical Treatment of Animals won’t like what I’m going to say next, but that’s too bad. PETA can take it up with my wife … and good luck with that!

I put some peanut butter on the trap. Little Mickey found it during the night. It got stuck on the glue.

I grabbed the mouse and the trap, put it all in a plastic bag, tossed the bag into a larger trash bag, tied the bigger bag up and took it all out to the Dumpster in the alley behind our house.

Hey, I don’t like disposing of God’s little creatures, either.

It’s just that I dislike them eating my food even more.

Does she deserve the beating she’s getting over her son’s treatment of a family pet?

I don’t believe so.

People for the Ethical Treatment of Animals has criticized Palin because her son, Trig, is using the dog as a step-stool. Why, it’s just cruel, PETA says. Palin should teach her son how to treat animals. It’s irresponsible of her to allow young Trig to brutalize the family pet.

“It’s odd that anyone — let alone a mother — would find it appropriate to post such a thing, with no apparent sympathy for the dog in the photo,” PETA President Ingrid Newkirk said in a statement to POLITICO.

Trig has been diagnosed with Down syndrome. He’s a special needs child. What’s more — and perhaps this is most critical — he is a child. A boy.

I posted some commentary on this blog how right-wingers should refrain from criticizing President Obama’s daughters. The kids are off limits.

The same rule ought to apply to Trig Palin.

When I first heard of this dust-up my thoughts turned immediately to President Lyndon Johnson’s (in)famous incident in which he lifted his beagles — Him and Her — off the ground by their ears. PETA would have raised a lot of hell back then as well. If memory serves, the pooches enjoyed long lives after LBJ hoisted them by their ears.

Sarah Palin continues to be a prime target for criticism almost every time she opens her mouth. But on this issue? Leave her son alone.