Texas has a fairly concise and well-defined law governing open meetings of government bodies. It doesn’t take a great deal insider knowledge to understand the basics.

One of the tenets of the Open Meetings Act is that a quorum — meaning a majority — of a governing body cannot meet without posting it in advance.

Three members of the Amarillo City Council met recently in an informational setting with the Amarillo Economic Development Corp. Since there’s only five council members, a gang of three comprises a majority.

Did they make any decisions? Did they cast votes? Did they discuss city business among themselves? Did they — in the strictest sense — break the law? Probably no on all counts.

I long have chided county commissioners, for example, for sitting at the same table at luncheons. I recall one time spotting three members of the Randall County Commissioners Court at a social event somewhere and admonishing them — in jest — against passing any tax increases while they were breaking bread together.

I also am acutely aware of how governing bodies can skirt the Open Meetings Act through what’s called a “rolling quorum.” The presiding officer, say, a mayor, can meet with one council member at a time privately to reach a consensus on a particular issue. Nothing in the law prevents such a series of meetings from occurring. It’s legal, although it’s not always the correct way to conduct the public’s business.

The three council members in question — Howard Smith, Eddy Sauer and Freda Powell — all are smart and astute enough to avoid falling into the trap of talking about city business without first notifying the public.

The council, whose five members all are newbies, are set to complete training on the Open Meetings Act. I trust they’ll be brought up to speed.

I’ve noted already that the Texas law is quite clear. In the future, perhaps all members of the council need to be mindful that the community is watching. 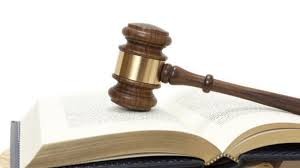 I happened to be scrolling through some of my earliest blog entries this evening when I came upon this item from April 2009.

It discusses the Amarillo municipal government’s work sessions, those public meetings that occur prior to the start of the “regular” meetings.

Here’s what I wrote then.

I think it’s worth mentioning once again that the City Council — which used to be called a City Commission — does a good job of ensuring that it doesn’t violate the Texas Open Meetings Act.

The state law spells out in careful language those issues that elected bodies can discuss outside of public earshot: personnel matters, pending litigation, sale or purchase of real estate.

The City Council has revamped its regular meeting procedure in recent months. It now meets in the early evenings every Tuesday, enabling working residents to attend after they get off their jobs during the day.

There have been calls to get rid of the work sessions, or at least to move them into the council chambers, where there’s plenty of seating to enable large crowds to attend. I even joined that call a year ago in an earlier blog post. However, it’s not because I feared the council was violating open meetings laws.

Even in the old days, when the council met in that tiny meeting room away from the regular meeting chambers, the elected body took pains to avoid breaking state law.

Yes, the mayor would declare an executive session was about to occur, sending media representatives and other members of the public scurrying from the room. The only serious loophole in the state law had been the lack of recordings of those secret meetings to ensure that the body wasn’t talking about things it should be discussing.

Still, the complainers keep carping on what they allege is some sort of secret cabal doing business illegally. They found their voice during the campaign in 2015 for the multipurpose event venue, suggesting that the MPEV was crafted and cobbled together in secret … illegally!

It turned out to be a red herring and voters saw through it by approving the MPEV.

It reminds of the many conspiracy theories throughout history that simply never die.

Potter County commissioners went into closed session this week to discuss a complaint about County Judge Arthur Ware. They came back out and said there would be no action taken.

Ware’s tale is getting very strange. He suffered a stroke in 2010 and has been unable to communicate verbally effectively ever since. He hasn’t handled mental health cases. The county has been paying for outside assistance to aid in the performance of the judge’s other duties, such as probate hearings.

The judge’s longtime administrative assistant, Nancy Tanner, announced her desire to run for county judge and then got fired summarily by Ware, who subsequently announced he wouldn’t seek re-election and endorsed former Amarillo Mayor Debra McCartt, who plans to run for the office. Tanner will decide soon whether to run.

What’s missing here? By my lights, its any kind of explanation as to the complaint that was filed against Ware.

State law allows the commissioners to scurry behind closed doors to talk about matters such as these in private. However, it does not require them to do so. The open meetings exemption relating to personnel matters usually pertains to paid staff. If some non-elected individual on the payroll faces disciplinary action, commissioners certainly can claim the personnel exemption and meet in private.

An elected official is a different case. Arthur Ware is the county’s presiding elected official. He chairs the Commissioners Court. I’m not suggesting that his colleagues spill all the beans, but there needs to be some notion made public as to the nature of the complaint.

Meanwhile, the intrigue over what looks like a fascinating county election in 2014 keeps building.

This is going to be one wild ride.