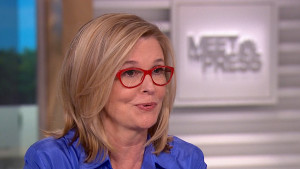 I want to shake Kathleen Parker’s hand and tell her in person that I believe she is one of the country’s most thoughtful political commentators.

She writes for the Washington Post and she calls herself a conservative, although I have doubts that today’s modern conservatives — if you want to call ’em that — would welcome her into their fold.

She has written another brilliant essay, this time about the war against the Islamic State.

How do you fight crazy? she asks.

The path to defeating the Islamic State will take far more than “boots and bombs,” she says. It will require genius.

By that she means it will take a comprehensive combination of diplomacy, economic pressure and, yes, an application of military muscle.

It’s her belief, though, that bombs alone won’t do the job.

She writes: “What leverage does an army have against an enemy that welcomes death? We say: If you don’t stop murdering innocent people, we’re going to bomb you into oblivion. They say: Bring it on. No, wait, we’ll do it ourselves. Boom.”

That is the nature of the enemy with whom we are at war and Parker is right to assert that our strategy cannot exclude other avenues.

Parker writes: “This is a call not to look away but to be solemnly cautious, thoughtful and creative. Is the Islamic State’s mission to establish a caliphate, thus to hasten the End Times, a mental disorder? Is it treatable? Is their tactical savagery pathological? Is there a doctor in the White House?”

Any ideas out there?

The young man accused of shooting the Emanuel Nine to death has become a man with no name.

Here is a great column by Parker, in which she salutes Gov. Haley for her efforts to focus on healing her wounded state.

Part of that healing involves refusing to invoke the name of the individual who likely will be convicted of a heinous hate crime.

I believe I will join that effort by hereby refusing in future blog posts to avoid using the young man’s name.