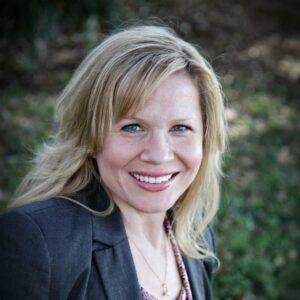 You might be able to read two messages into this proclamation: an election pitting Democrat Kathleen Brown vs. Republican Ronny Jackson is a “no-contest” affair.

One way is to presume that Jackson, a first-term congressman representing the 13th Congressional District of Texas will have little trouble winning re-election to a second term in about 41 days.

Another way is to suggest that there’s “no contest” between the quality of the candidates. To my way of thinking, that puts Brown far ahead of the blowhard Donald J. Trump toadie.

I got acquainted with Brown this morning. We had a nice chat over the phone. I told her of my continuing interest in the affairs of the 13th district, even though I no longer live there. I spent 23 years in Amarillo and became quite embedded in the politics and culture of the Texas Panhandle.

I also informed her that I am appalled by the conduct of Jackson, who moved to the Panhandle prior to the 2020 election in order to seek the seat that Mac Thornberry vacated after serving the district for 25 years.

I want to repeat a couple of things I told Brown about Jackson. One is that I consider him to be a “carpetbagging opportunist” who doesn’t “know Pantex from potting soil.” He’s also a blowhard who spends an inordinate amount of time tweeting diatribes against President Biden.

Those who know Brown understand that she is a lawyer who lives in Wichita Falls. She is married and the mother of three children. She claims — which they all do — that she isn’t a politician … but in reality she is, right?

Her top priority if elected to Congress? She said the 13th District needs water. Her hometown of Wichita Falls is running dry. The Ogallala Aquifer is receding rapidly. To be blunt, she didn’t offer any specifics on how to provide the Panhandle and her home region with water.

I reminded her that I now live in Collin County, which is one county too far from the eastern edge of the congressional district she wants to represent. I have been following Ronny Jackson’s rise to the front of the right-wing media chorus line and I dislike what I am hearing.

I don’t know if Kathleen Brown has what it takes to defeat Ronny Jackson, meaning I don’t know if she’ll be able to persuade enough voters to join her effort.

I do believe the 13th Congressional District deserves far better than it is getting from the interloper who claims to “represent” it. Kathleen Brown can do better. Then again, Ronny Jackson has set the bar shamefully low. I really shouldn’t be concerned about the political future of the 13th Congressional District. Except that I am.

You see, I lived in that district for 23 years. I watched its former congressman, Mac Thornberry, come of political age. Then he retired from the U.S. House of Representatives. Ronny Jackson, a retired Navy admiral and physician, succeeded Thornberry in January of this year.

Now we have a re-election effort that’s about to commence. Jackson will seek a second term. He already has a Democratic opponent waiting in the wings. She is Kathleen Brown, a Wichita Falls lawyer. She is going to declare her candidacy this coming week.

I never have met either of them. Jackson, a Republican, has managed to piss me off royally with his cliche-ridden tweets and demagoguery. Brown remains unknown to me, other than we are social media acquaintances.

That all said, I do hope someone beats Jackson. He won’t get a GOP primary challenge, or so it appears. That leaves it up to the Democrats to knock off this bum. How hard will that be? Oh, my … Democrats’ hurdle appears insurmountable. Jackson represents one of the most Republican congressional districts in the nation.

I am unaware of any meaningful legislation that has Rep. Jackson’s name on it. I am acutely aware of the endless Twitter tirades he launches accusing Democrats falsely of promoting socialism, seeking to rescind the Second Amendment, adhering to the “cancel culture,” promoting abortion, destroying the economy.

The 13th Congressional District can do better than this. Its constituents, including my many friends and a member of my family, deserve better.

If only they would vote for representation that could make them proud. Is that Kathleen Brown? Well, I believe she would present a marked improvement over Ronny Jackson.