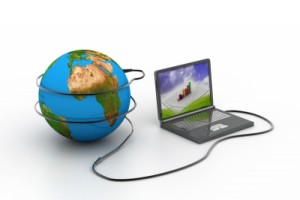 I think of people I used to know and wonder things like, oh, how would they fare in today’s world?

The name of a one-time Amarillo gadfly came to mind today. His name was Michael Wyatt. He’s deceased now; he died in an automobile accident in the late 1990s at a fairly young age.

I came to Amarillo in early 1995 to become editorial page editor of the two papers published by the same owner: the Amarillo Daily News and the Amarillo Globe-Times.

One of the things I learned upon arrival was that the opinion section operated under a policy that I felt compelled to change immediately. It did not place any time restriction on the frequency of people submitting letters to the editor. Put another way: One could get letters published every day of the week if he or she were so inclined.

Michael Wyatt was a prolific letter writer. He had opinions on just about anything — and anyone — in public life. He was unafraid. He took on City Hall, the school districts, county governments, the chamber of commerce. You name it, he had something to say about it.

The frequency of Wyatt’s submissions, I would learn, had a chilling effect on others who had something to say about a public issue. Wyatt scared people off, kept them from expressing their views. “Why get into a public p*****g match with this loony bird?” they would ask themselves.

Well, we changed the policy right away, settling finally on a once-per-calendar-month rule.

He also would come engage us face to face, talk our ears off about this and/or that. He wanted to know what we thought about something and, of course, he would share his own view.

I’m wondering now how Wyatt would fare in this Internet Age.

I have to believe he’d be in hog heaven with the availability of venues, forums, platforms, websites — whatever — to express himself.

I wrote a column for the newspaper upon hearing of Wyatt’s death. I saluted him as someone who felt the calling to contribute to the public dialogue. He did so with gusto and demonstrated great courage in speaking his mind. A member of the Amarillo City Commission at the time called me to complain about the column paying tribute to Wyatt; he told me he “couldn’t stand him.” Why? “Well he was just so damn critical all the time.”

My reaction at the time, as best as I can remember, was “umm, too bad.” He sought to keep our elected officials on their toes.

To be blunt, Wyatt likely would put many of the individuals who respond to this blog to shame. I’ve got my share of “regulars” who like to comment on this or that; many of them get into arguments with each other on the social media outlets through which I channel these blog posts (and which will receive this one once I’m finished with it).

I find myself chuckling at the notion of Michael engaging in these seemingly endless exchanges. He was quite capable of devouring anyone rhetorically.

It’s too bad he didn’t live long enough to witness the dawn of this new “information/disinformation age.”

Michael Wyatt — wherever he is now — no doubt is wishing he could come back to take part. He would be right at home.

Randy Burkett needs to understand something right away.

The Internet Age has opened wide the public domain of comments that politicians can make, even when they think they’re making them in private.

There’s virtually no such animal as “private communication” when it goes out on what’s known as “social media.”

Burkett is a candidate for Place 3 on the Amarillo City Council. It now turns out that he’s said some mighty ugly things on his Facebook account. They’re racist in nature. There’s a touch of homophobia in some of his rants. They’ve been revealed to the world in the waning hours of the campaign for City Council, which concludes Saturday when voters troop to the polls to cast ballots for all five council seats.

Burkett’s rants are disgraceful, disgusting and they ought to be disqualifying. Indeed, a local Realtors group and the Amarillo Police Officers Association, which endorsed Burkett over incumbent Councilwoman Lilia Escajeda are backing away from their endorsements.

Interestingly, the Amarillo Globe-News, which also endorsed Burkett — and which published the story today about his Facebook blather — hasn’t yet pulled its endorsement back. What the heck: It’s a bit late in the game to do so now, given that the election is tomorrow.

Still, I have to wonder if the folks who run the paper’s editorial page are kicking themselves today over their recommendation of this guy.

It has become a common vetting practice of employers to surf the Internet for damaging statements that job applicants make through social media. Many applicants have disqualified themselves by posting things on Facebook or Twitter that tell of drunken parties or other activities in which they participate. Employers see these posts and wonder: Should I hire this individual? I reckon not.

Given that Randy Burkett is seeking to work for the residents of Amarillo, his own statements on social media now become fodder for his prospective employers to consider when they cast their ballots.

You know, I always had thought that the Age of Instant Communication and Surveillance meant that no one could disappear off the face of the planet without a trace.

I must have been delusional.

Witness the search for Malaysian Air Flight 370, which did exactly that about a week ago.

The plane took off from Kuala Lumpur, Malaysia, en route to Beijing. Then it vanished.

The family and friends of 239 passengers and crew are grief-stricken. Everyone’s heart is broken for them and one only wishes for closure, for some clue as to the fate of those people.

How, though, does a plane vanish like that? What am I missing?

The Malaysians are now being forced to defend their search for the Boeing 777, which is a mighty big airship. The world is getting mixed messages daily, if not hourly, on what authorities know what happened to the bird.

Did the flight crew reverse direction? Did the crew take the ship sharply west over the Indian Ocean? Did the ship crash on land? Did it plunge into the Gulf of Thailand or into the South China Sea?

And how is it that with all the global positioning system technology — and the radar — available to track these aircraft in flight that this plane has managed to disappear without a trace?

I hear now that people are calling cell phones numbers of the passengers on board — and that the phones are ringing. What? How does that happen? Isn’t there technology that tracks cell phone locations?

This tragic story might develop into the greatest aviation mystery since, oh, Amelia Earhart’s disappearance — in 1937.

In our household, it is enabling us to establish a relationship with someone who doesn’t quite know us yet, but we sense that she’s beginning to understand who those folks are on the other end of image in her parents’ cell phone.

We are relying on Skype to communicate with little Emma Nicole, our granddaughter, who lives about 360 miles southeast of us, way over yonder in Allen, one of the many ‘burbs surrounding Dallas.

I must stipulate that we’re not yet very good at initiating Skype contact, but we’re quite good at receiving Skype messages from our son, daughter-in-law and little Emma.

We visited with them Tuesday evening. According to our son, Emma “wanted to wish me a happy birthday.” It’s kind of strange that when he says it that way, it sounds quite believable.

Look, she just turned 9 months old. So, intellectually I know better, but my heart wants to believe she really does communicate these things to her parents.

We connected the Skype hookup Tuesday evening and looked right at our little angel. She looked right back at us and, so help me Almighty God in heaven, we are certain she recognized us. She began waving. We waved back and we had a heck of a great time talking to her.

She chattered back to us in that code known only by babies as they utter it.

My friends keep asking me about grandparenthood. How do you like it? Is it as much fun as you would expect it to be?

I am candid in answering that. I don’t yet really know. We haven’t gotten to do too much of it, given that Emma lives so far away. We’ve seen her a few times, held her, cuddled and kissed her and told her we love her. Then we have to come back home, and start longing for the next visit.

Still, because of Skype, Emma is able to see images of her grandmother and me and is getting to know the sound of our voices.

Therein lies the reason I believe Skype has become be the best technology ever developed in the Internet Age.

I made a startling discovery the other day as I picked up a pen to write a short note to someone.

It was that I am losing my ability to write … as in cursive writing, with pen and paper.

This is the Mother of Revolting Developments.

There once was a time when I had excellent penmanship. I think I inherited that skill from my parents, both of whom wrote with pen strokes that were things of beauty. I have in my possession letters that Mom wrote in the late 1940s to my Uncle Jim. Her handwriting was exquisite then and it remained that way until she died in 1984. Same with Dad, who was a bit of a wanna-be artist when he was younger; his handwriting reflected his artistic skill.

My sisters’ handwriting remains quite good.

Mine? It’s gone to hell.

I blame it on two factors.

One of them is the profession I chose to enter upon returning from the Army in 1970. Journalism is murder on penmanship.

Journalists spend the bulk of their day with a pen and notebook, scribbling furiously what they see and hear. You’re on the phone with a source, gathering information. The source is talking to you rapidly. You have to write just as rapidly to keep up. For the most part, the same process plays out when you’re talking in person to a source.

You can guess, then, what the scrawl looks like. It’s unintelligible to anyone except the author. A standing joke in the media business always has been to dare a lawyer or a judge to subpoena your notebook to enter as evidence in a court proceeding. Good luck trying to decipher what it says.

The second thing that occurred was the introduction of the Internet. Yep, I’ll blame the rest of it on telecommunications technology.

I’m writing these words on a computer. I write almost everything now by punching keyboards. Send a note? Email.

The death of my handwriting isn’t yet complete. I can still sign my name, which is something a lot of youngsters reportedly no longer can do. I also can manage a legible note, but it requires greater attention and concentration than ever before.

Technology is a wonderful thing — most of the time.

It’s not so wonderful when it contributes to the decline of once-rudimentary skills.