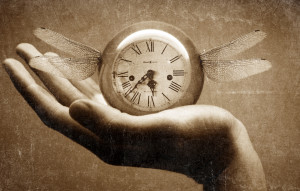 As much as I enjoy becoming an old man — something neither of my parents were allowed to do — I must admit a certain trepidation over at least one element of old age.

My peers are leaving this good Earth, seemingly at an increasing pace.

Mom died at 61; Dad died at 59. I am about to turn 73. I would much rather be among the living than cavorting with them, wherever they are. But, dang! — it’s tough to hear about individuals I know personally, contemporaries of mine, who have gone on to their great reward.

Just this week, I learned of a former journalism colleague who died of a heart attack. We managed to stay in touch via social media and I enjoyed keeping up with his doings and goings-on. Now he’s gone … forever.

There have been many others. I won’t bore you with details on them. Just know, though, that as someone who continues to enjoy relatively good health, I am acutely aware that time has this way of sneaking up on everyone.

A longtime friend and former colleague — a fellow with whom I only recently renewed contact — has been fond of reminding us that “no one gets outta here alive.”

Well, there you go. The clock keeps ticking. It is relentless and it shows no mercy. None! Ever!

I will continue to live by own belief that getting old surely beats the daylights out of the alternative.