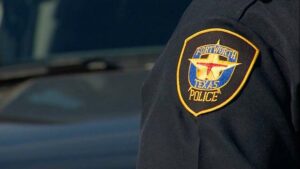 Fort Worth Police Chief Ed Kraus has offered an interesting and, frankly, creative idea for the men and women who serve the public in that community.

In light of the West Freeway Church of Christ shooting in White Settlement a few days ago in which a gunman shot two parishioners to death before being killed by a security guard, Chief Kraus has asked his officers to wear their uniforms during Sunday worship services.

That is an excellent idea that police departments all across the nation ought to ponder enacting.

Kraus’s idea is simple and straightforward. Wear the uniform, with all the gear associated with it — yes, firearms, Taser, handcuffs and club — while praying to God. It might deter some future lunatic from doing what the White Settlement shooter did.

Kraus’ message went out on Twitter. It says in part: This simple act will help reassure congregants, as well as serve as a deterrent for anyone intending harm. Ideally, officers will first inform their worship leaders and obtain their agreement.

My strong hunch — given the life-threatening danger presented by such lunacy — is that there isn’t a worship leader anywhere who would resist. 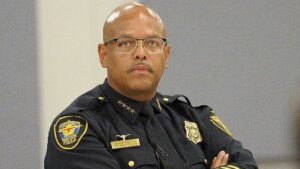 Joel Fitzgerald’s story out of Fort Worth makes my head spin.

He once served as police chief of the Cow Town police department, then he got fired. Now he wants his old job back and is suing the City Council to return to the police department. It’s a request that, to be candid, boggles my noggin.

The council cited sorry relationships the chief had with council members and other senior administrators. So, they issued a vote of no confidence in the job Chief Fitzgerald was doing. Then they fired him.

So, why does a big-city law enforcement officer, one with a good record of accomplishment along the way to the Fort Worth job, want to return to the turmoil he left behind when he got canned?

I don’t know many of the particulars of this parting of the ways. I just find it strange in the extreme that a one-time top cop would seek to return to a job that his bosses determined he was not doing adequately in the first place.

Do you doubt the effectiveness of a law enforcement agency building relationships with the community its officers swear to “serve and protect”?

Check out the story that broke today in Fort Worth.

An 8-year-old girl was snatched from her mother’s arms. The abductor fled with the girl to a motel in the city. A neighbor’s door-bell camera managed to capture part of the incident. The neighbor phoned police while the mother was screaming in the street for her little girl. The police arrived and with the help of the neighbor and others in the area, they managed to locate the fellow who grabbed the girl; they arrested him and he now is in custody.

I watched the report of the story this morning on the news and was so pleased to hear the Fort Worth chief of police heap praise on the citizens who stepped up to assist the cops in the finding the suspect in the abduction. 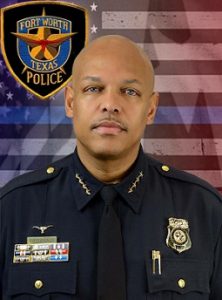 Police Chief Joel Fitzgerald spoke also of the community policing effort his department has employed to help the police department build effective relationships with neighborhoods throughout the diverse, sprawling and rapidly growing city.

The chief made certain this morning to praise the efforts of the residents who came to the little girl’s rescue.

I have lived in communities that have placed great emphasis on community policing. Amarillo is one of them.

The late Chief Jerry Neal helped push the concept forward during his lengthy tenure as Amarillo’s top cop. Community policing withered away during the time Robert Taylor served as chief. Then-interim city manager Terry Childers made arguably his only sound hiring decision when he brought Deputy Plano Police Chief Ed Drain to serve as “interim” chief of the Amarillo PD; Drain later was promoted to permanent chief and has restored community policing’s place near the top of his policy agenda.

Police policy is among the many things about which I know very little. However, I know a sound policing police policy when I see it. Community policing works.

The little girl who had the scare of her life — not to mention her desperate mother — are testimonies to the effectiveness of community policing.