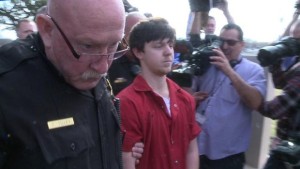 Ethan Couch is headed to jail.

He should have been there all along. He got a light sentence: probation. For what? Oh, for killing four people in a motor vehicle accident in Fort Worth while driving a pickup truck. He was roaring drunk, at least three times over the minimum legal limit.

But then came the astonishing defense that the judge apparently swallowed. Couch’s lawyer said the young man suffered from “affluenza,” having been raised in a wealthy family, by parents who failed to teach him right from wrong.

Then the kid went on probation, only to violate the terms of his sentence. He was caught drinking. He fled the country, ending up in Mexico — with the assistance of his mother.

It’s good that he was caught. Couch, who was 16 at the time of his crime, has just turned 19. Texas law doesn’t allow much of a jail sentence because the young man was a juvenile when he committed the original crime.

But at least he’s going to serve nearly two years in the slammer.

I’m glad to see that the young man will get what was due at the beginning.

Now, how about throwing the book at his mother — Tonya Couch — for aiding and abetting his escape from justice? 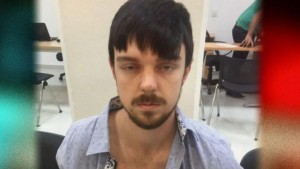 Ethan Couch has returned from Mexico, having decided to forgo a fight against extradition back to the United States.

The 18-year-old Fort Worth resident whose trial for drunken driving brought us the term “affluenza” is likely to face a few more months in jail. He really ought to spend some years behind bars, but Texas law won’t allow it.

Couch killed four people two years ago — when he was still a juvenile — after getting roaring drunk and then driving his pickup. He got off with a probated sentence after his defense team brought in a shrink who said Couch’s upbringing by wealthy parents failed to teach him right from wrong.

Couch then bolted to Mexico after violating the terms of his probation.

Who helped the kid? His mother. Tonya Couch already is back in Texas. She’s posted bail and awaits her fate.

No matter what happens to Ethan Couch, his mother deserves — and well might get — some serious prison time.

Given that state law won’t allow the court to throw Ethan Couch into the slammer for more than three or four months, it ought to look carefully at how complicit his mother was in enabling her bundle of joy to violate the terms of his probation and then flee to Mexico.

In a curiously ironic twist, Mommy Couch’s alleged complicity in this caper lends ghastly credence to what the shrink said at her son’s trial about how she and Daddy Couch didn’t teach their son about proper behavior.

It didn’t justify that ridiculously light sentence in the first place.

However, it does suggest that Tonya Couch needs to pay a stiff price if she’s convicted of aiding in her son’s flight from justice. 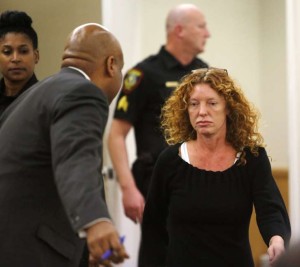 Ethan Couch needs to be punished the fullest extent of Texas law.

The problem, though, lies with the law itself. The so-called “affluenza” teen likely won’t spend much time behind bars for violating the conditions of his parole when he fled to Mexico after taking part in a drinking game.

Couch, you’ll recall, is the teenager convicted of killing four people in that hideous drunken-driving wreck in Tarrant County. HIs defense team threw out a defense that his ritzy lifestyle — and his wealthy parents — were responsible for his failing to understand right from wrong.

He should have spent time in juvenile detention, as he was 16 when he committed the crime.

She’s more of a villain than that goofball son of hers. She enabled his escape to Mexico and, in fact, fled with him.

Is there a better example than this of parental dysfunction that what Tanya Couch has provided? I’m hard-pressed to find one.

She’s out of jail now, but is confined to her residence; she’s wearing an ankle monitor to track her whereabouts.

Mommy Couch needs to do some serious jail time, although I don’t really know what the maximum sentence is for the crime for which she is likely to be charged with committing.

Whatever it is, she deserves it.

While we’re at it, let’s take a look at the role Daddy Couch might have played in this ridiculous drama. 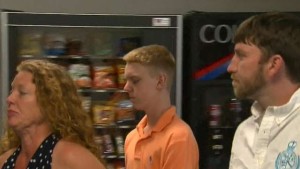 Ethan Couch is in custody … again.

So is his mother.

The so-called “Affluenza Teen” has been found in Mexico, where authorities are preparing to send him back to Texas.

Why the big deal? This is the nimrod who piled into a pickup in 2013 — when he was 16 years of age — and while roaring drunk plowed his vehicle into another vehicle, killing four people.

The kid got 10 years probation largely on the testimony of a shrink who blamed his ghastly behavior on the upbringing he received from his wealthy Fort Worth parents.

Thus, the term “affluenza” was born.

Then the kid — who’s now 18 — was seen taking part in a drinking game in violation of his probation; and after that, the kid failed to report to his probation officer. Can’t do that, young man.

So, Mom and Ethan went on the lam, ending up on the Mexican Riviera before the cops found them.

Texas law limits the amount of time Ethan can serve in jail; he faces a maximum of 120 days in the slammer.

Mom, though, ought to spend some serious time in The Joint.

What’s so ironic about all of this is that the “affluenza defense” has taken an odd turn toward validity.

Ethan Couch never should have been too drunk to drive. Did his parents enable his terrible behavior?

It seems that Mommy Couch’s accompanying her little pride and joy to another nation suggests that she truly has enabled Ethan’s criminal activity.

She deserves some hard time if a Texas court convicts her of aiding in her son’s flight from the law. 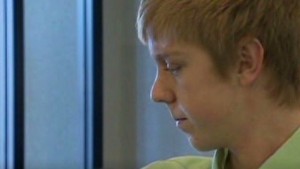 The hunt for the missing kid known as the “Affluenza Teen” contains a huge twist of irony.

Ethan Couch was 16 years of age when he plowed into a parked car near his Fort Worth hometown, killing four people and injuring others, some of them critically. He was roaring drunk, plastered to the gills, 10 sheets to the wind … all of it. Couch’s blood-alcohol level registered three times greater than the legal definition of drunk while driving.

He could have faced prison time. He got 10 years probation instead, largely on the testimony of a shrink who said he was a “victim” of wealthy parents who raised him without teaching him right from wrong. He was ordered to go into rehab, which didn’t seem to do him much good.

So, what did the kid do? He took part in a drinking game, violating the terms of his probation. He then took off, failing to report to his probation officer.

The ironic part? He apparently went on the lam with his mother. Couch and his mom might have left the state, if not the country.

Doesn’t that simply drive home the idiocy of the sentence that was handed down in the first place?

Couch is facing some prison time when the authorities catch up with him. The U.S. Marshals Office is involved, as are Tarrant County officials. Couch is on the county’s most wanted list.

Once they find him, let’s hope they charge Mommy Couch with aiding and abetting, convict her and toss her into the slammer too.

How could the authorities have not seen this coming?

Ethan Couch, a son of a wealthy couple in Fort Worth, avoided prison time after killing four people in a horrific drunk-driving-induced motor vehicle wreck, is now on the run after allegedly violating terms of his parole.

Tarrant County officials have launched a manhunt to find Couch, who’s now 18, after he failed to report to his probation officer as required under the terms of his all-too-light “sentence.”

Couch’s defense hinged on testimony from a psychologist who said the youngster’s wealthy parents enabled his hideous behavior, coining the term “affluenza.”

All the teenager did was get plastered, climb behind the wheel of a motor vehicle and then plow into another vehicle that was disabled on the side of the roadway. Several individuals were injured along with the four who died; two of them were hurt critically and one reportedly remains paralyzed as a result of the injury sustained in the wreck.

Now we hear that Couch might have fled the country … with his mother, no less.

Someone is going to be in deep trouble. If all this is true, I see some serious prison time for both mother and son. 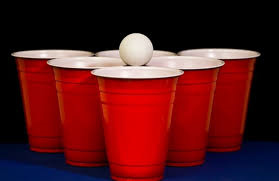 The case of Ethan Couch introduced America to a new term: affluenza.

It was coined by a psychologist who testified in Couch’s defense after the then-16-year-old Fort Worth teenager got roaring drunk, climbed into a motor vehicle and then killed four people and injured several others, at least two of them critically.

Couch dodged some serious prison time and received a probated sentence and was ordered to participate in a drug rehab program.

The psychologist had argued that Couch’s wealthy parents had enabled the boy’s behavior and, therefore, the youngster wasn’t totally responsible for what he did that night.

The state had sought to put the boy behind bars for a long time.

Now it turns out that the cops are looking for Couch, who’s now 18, after a video surfaced that seems to reveal he is participating in a game of “beer pong,” which is a game involving participants hitting a ball into a cup and then drinking the contents of whatever cup the ball lands.

The issue, though, is whether Couch has violated the terms of his probation, which was for 10 years and which prohibits him from drinking alcohol.

Did I mention that Couch’s blood-alcohol content was three times the legal limit for an adult at the time of his horrific accident?

The nation was shocked by the stunningly lax sentence handed down in that Tarrant County courtroom in 2013.

Something tells me that when the police catch up with Evan Couch that the young man will get the justice he deserved when he killed those people in the first place.

That’s what a Tarrant County teenager got for killing four people while driving drunk. In fact, Ethan Couch’s blood-alcohol level was three times the minimum legal definition of drunken driving.

Four lives are snuffed out and for this the kid gets probation? That’s it?

The judge who handed down this virtual non-punishment is Jean Boyd, who presides over a juvenile court in Fort Worth. As the Dallas Morning News editorial attached here, the judge apparently bought a line of defense that strains credulity to the extreme. The Morning News opined: “Boyd apparently swallowed whole the defense argument that Couch was just a poor, little rich boy effectively abused by parents who set no boundaries and gave him everything except actual parenting. ‘Affluenza,’ as a defense psychologist called it, or wealth assuming privilege.”

Prosecutors sought a 20-year sentence for the kid, who’s now 16. On June 15, his recklessness killed those four people and wounded gravely two others who likely may never recover fully from their injuries. That is a path of death and destruction that cried out for some punishment other than just a probated sentence. As the Morning News noted in its editorial, Couch might have been paroled by his 19th birthday under Texas law had the prosecutors gotten their wish.

Police on the scene called the accident the worst they had seen. Tarrant County Sheriff Dee Anderson said he will have trouble explaining probation to his children and grandchildren, given what he witnessed from this crime.

Justice wasn’t done with this decision. Shame on the judge.