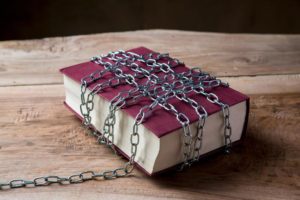 As a believer in the view that human beings are contributing to Earth’s changing climate, it causes me some pain to say the following.

I believe the Portland Public Schools system has made a mistake in banning texts that question the causes of climate change.

Oregon’s largest public school district has issued a directive that bans texts that cast doubt on what many scientists have said: that human activity has created a global warming crisis that threatens the planet’s ecosystem.

I grew up in suburban Portland, Ore., so this decision strikes me close to my heart. I attended Portland schools until the seventh grade; my parents moved us to the ‘burbs in East Multnomah County in 1962.

I have long feared that human activity — deforestation and the emission of carbon gases into the atmosphere — have contributed to the changing climate. Did you see the latest report that said April was the 12th consecutive month of record temperatures worldwide?

That doesn’t mean, though, that we cannot allow our students access to those who doubt the results of such activity.

This isn’t even close to the same thing as teaching the biblical version of Earth’s creation alongside Charles Darwin’s evolutionary theory. One theory is based on a faith-based belief; the other is based on science. Teach the scientific theory in public schools and teach other in church.

Climate change and its causes, though, seems to be fair game for an open discussion in our public schools.

The Portland school system has slammed the door on those who have raised legitimate concerns about the notion that Earth’s climate is changing and that humans are the primary cause of that change.

Do I accept those concerns? No. That doesn’t mean they’re coming from crackpots.

The students would do well to be exposed to competing ideas on this important global issue. 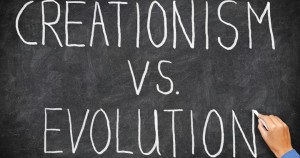 Take the one discussed in a Slate.com article that says young Americans favor Charles Darwin’s theory of evolution over the belief that God created the world in six calendar days.

May we hit the pause button for a moment?

I am a Christian. I’ve read the Bible many times in my life. I know what the Bible says about how the world came to be.

I also believe that the world was populated by dinosaurs and other creatures for zillions of years before human beings made themselves known.

Thus, I believe that the two ideas are not mutually exclusive.

Is it possible that God created the world and allowed it to evolve into what it has become? I believe that is precisely what occurred.

The Slate article was written by Rachel E. Gross, who it is clear to me believes exclusively in Darwin’s theory. She writes: “Now, at long last, there seems to be hope: National polls show that creationism is beginning to falter, and Americans are finally starting to move in favor of evolution. After decades of legal battles, resistance to science education, and a deeply rooted cultural divide, evolution may be poised to win out once and for all.”

She adds: “The people responsible for this shift are the young. According to a recent Pew Research Center report, 73 percent of American adults younger than 30 expressed some sort of belief in evolution, a jump from 61 percent in 2009, the first year in which the question was asked. The number who believed in purely secular evolution (that is, not directed by any divine power) jumped from 40 percent to a majority of 51 percent. In other words, if you ask a younger American how humans arose, you’re likely to get an answer that has nothing to do with God.”

I get the divide over how to teach science in classrooms. Fundamentalists want to teach creationism as it is written in the Bible. They also want to present evolution as just as much of a theory as creationism. This issue has been kicked around at the highest level of public education governance in many states, none more so arguably than in Texas, where we elect State Board of Education members who run for the office as politicians.

Creationism, though, is a religious doctrine. Evolution is a secular one. That doesn’t mean — to my way of thinking — that one of them is invalid.

What it means to me is that the biblical version of creation was written as a metaphor. “Days” can’t be measured in 24-hour increments; for that matter, it might be possible that every element of time takes on meanings that we cannot comprehend.

Does any of this discount the role that God played in creating our world? Not in the least.

As for whether we should teach creationism in our public schools alongside evolution, well, I do not believe that’s appropriate.

Creationism should be taught in places of worship, which I also believe also is part of God’s plan.