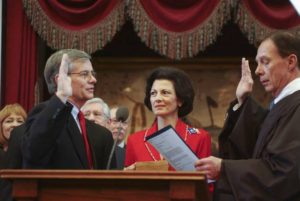 Fifty years is a long time to do anything, whether it’s selling shoes, branding cattle . . .  or writing legislation.

Tom Craddick, a feisty Midland Republican, is about to cross the half-century mark as a Texas legislator during the upcoming legislative session. I’ve had some differences with Craddick, dating back to when I was editorial page editor of the Amarillo Globe-News. That was then. Today I want to say a good thing or two about this Texas Capitol institution.

He and I got crossways some years back when he engineered the ouster from the Texas House speaker’s chair of Pete Laney, a Hale Center Democrat, whom the newspaper supported. Laney was no flaming liberal as speaker and did a good job representing the Texas Panhandle while running a relatively smooth Texas House of Representatives.

Then the Republicans took control of the House and Craddick cast his eyes on that big ol’ gavel that Laney wielded. He enlisted the help of Laney’s Panhandle pals — namely fellow Republican state Reps. John Smithee of Amarillo and David Swinford of Dumas. They turned on their old friend, Laney, and backed Craddick for speaker.

We became angry with Smithee, Swinford and Craddick for depriving the Panhandle of a powerful voice . . . and we said so on our Opinion page.

Craddick sent me a testy letter in response. I responded with equal testiness.

That was a long time ago.

Laney, from what I understood, took his ouster personally. He retired from the House and became a lobbyist. Craddick, though, is still on the job, 50 years after being elected the first time.

Craddick ran the House with a heavy hand. It helped him shepherd legislation through a GOP-controlled chamber, but his tactics also created plenty of political enemies.

Since leaving the speakership himself in 2009 after enduring — ironically — an ouster from his fellow Republicans, Craddick has continued to be an effective legislator.

I applauded his work, most notably, in persuading the Legislature to impose a ban on handheld cell phone use while driving. Craddick was tireless in his pursuit of that legislation over the course of five legislative sessions. It was an odd sight to see: a Republican legislator in a heavily GOP state that endorses “personal liberty” working hard to enact a bill that critics decried as a “nanny state” measure. Gov. Rick Perry vetoed it in 2011, but then Gov. Greg Abbott signed it into law in 2015.

Tom Craddick, I submit, is a walking, talking, breathing testament against term limits. He’s been on the job for 50 years and, according to the Texas Tribune, hasn’t lost an ounce of zest for the job of legislating. He’s done a good job for his Permian Basin constituents, who continue to send him back to Austin to work on their behalf.

Tom Craddick is one tough dude. Stay with it, sir. 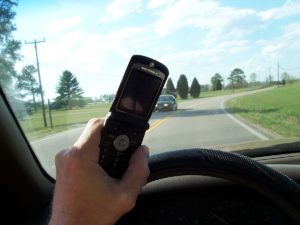 I posted a blog item five years ago this month wondering about the enforcement of a citywide ban on cell phone use while driving a motor vehicle.

The Amarillo City Commission imposed a ban. Then I noticed at the time that the use of cell phones by drivers seemed to diminish so very little since the enactment of the ordinance.

I hoped in 2013 that the Texas Legislature would enact a statewide ban. It took four years, but the 2017 Legislature did what many of us had hoped: It passed a bill that bans cell phone use while driving throughout the state.

Gov. Greg Abbott signed the bill into law. I applauded the Legislature and the governor for doing what I consider to be the correct thing.

But the question is as pertinent today as it was five years ago: How are the police enforcing this law?

Even since enactment of the statewide ban my wife and I continue to spot motorists driving while holding a cell phone to their ear. I haven’t been privy to any stats on the matter, but I would be most interested in knowing how the cops are handling this issue.

I suggested in January 2013 that the city might want to consider launching an intense public relations campaign to alert motorists of the anti-cell phone ordinance. The city didn’t take my advice. Imagine my (non)surprise.

So, how about a statewide campaign?

Signage at every highway entry point into the state might alert motorists coming into Texas. As for those of us who live here, public service announcements telling Texans of the penalty associated with cell phone use would be appropriate.

I continue to support wholeheartedly the state’s decision to ban this idiotic behind-the-wheel behavior. I have admitted to waffling a bit on this issue until I decided that a mandated ban was the right course to take.

I also continue to believe that government — state and local alike — can be more proactive in alerting motorists that they are breaking the law when they insist on talking on a handheld device while driving a 5,000-pound missile. 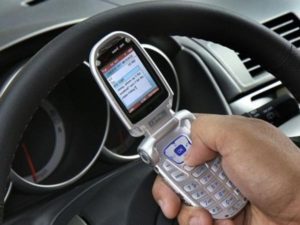 Texans have been fixated on news from the Gulf Coast of late.

While we were praying for our friends and loved ones, and while some of us were looking toward Washington and the “Russia thing,” a big day arrived in Texas.

On Friday, the state’s ban on use of cell phones while driving motor vehicles took effect. Texas joined many other states in enacting a statewide ban. It’s not entirely clear if the ban supersedes local ordinances — such as in Amarillo — but the statewide ban does accomplish an important mission. It brings continuity to how the state expects motorists to behave while they are traveling on Texas streets, roads and highways.

I’m proud of our Panhandle legislative delegation. They were strongly in favor of the ban. Indeed, so was Republican state Rep. (and former Texas House Speaker) Tom Craddick, who authored cell phone ban bills in several legislative sessions.

Then-Gov. Rick Perry vetoed a cell phone ban bill in 2011, calling it an undue intrusion from the government into the behavior of citizens. What a crock!

Perry’s successor, Greg Abbott, signed the 2017 bill into law. Which makes a lot of Texans quite happy. Count me as one of them.

This law enables the state to post signage at highway entrances at all corners of the state. It puts motorists coming into the state on notice that they need to keep their cell phones quiet — or use their hands-free communication systems inside their vehicles.

To my way of thinking, that is far better than to asking motorists to risk breaking the law if they don’t know whether individual communities have bans on the books.

Texas legislators did well by approving this law. Gov. Abbott did well, too, by signing it into law.

I just wanted to remind you that the law took effect. Now, let’s turn back to worrying about the flooding victims and “the Russia thing.”

Texas is one step closer to joining several other states in doing something all states should do.

They should issue statewide bans on using handheld telecommunications devices while operating a motor vehicle.

The Texas House of Representatives has voted in favor of such a ban. It now goes to the state Senate. If it clears the Senate, it goes to Gov. Greg Abbott’s desk.

It’s not the first time a Texas governor has seen this kind of legislation. Abbott’s predecessor, Rick Perry, vetoed a statewide ban in 2011.

The dummy. He said the bill constituted a government intrusion.

Multi-tasking at the wheel

Please! The issue is public safety.

Fortunately, the Panhandle’s House delegation — all Republicans just like Abbott and Perry — is on board with this bill.

If we adhere to Gov. Perry’s logic, then we wouldn’t have laws mandating seat belt use, or banning drinking and driving.

Let’s finish the task, Texas senators and send it to Gov. Abbott’s desk. And let’s make the bill a state law that provides a uniform code for all motorists driving along every mile of Texas streets, roads and highways.

Four Price is going to win re-election Tuesday to a third term in the Texas House of Representatives from House District 87.

There. Now that we’ve gotten that out of the way, it’s time to insist that the Amarillo Republican pick up where he and his colleagues left off in 2013 regarding a statewide ban on texting while driving motor vehicles.

Price has said he supports a ban. He’s voted for it twice. The 2011 Legislature — where Price served as a freshman — approved a bill banning texting while driving and sent it to Gov. Rick Perry’s desk. But the governor said it was too “intrusive,” or some such nonsense and vetoed it.

The 2013 Legislature, spooked by that veto two years earlier, didn’t get it approved.

Well, Gov. Perry is going to be gone in January. He’ll be polishing himself up and getting ready for another run for the presidency — unless he gets convicted of abuse of power back home in Texas.

The door is open once again for Price and his 149 House colleagues to do what they should have been able to do by now.

Ban the use of texting devices while motorists are driving their vehicles on our state’s highways.

Price is gathering some seniority in the House. He’s no stranger to the legislative process. His pal John Smithee, another Amarillo Republican, is one of the House’s senior members. He’s returning, too. The two of them can team up to strong-arm their colleagues to get this issue done.

Send the bill to the new governor’s desk and insist that he or she sign it into law.