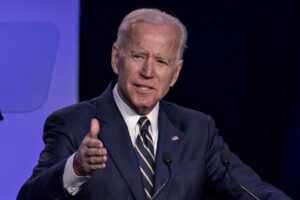 I have received permission from a longtime colleague and a professional source — who has become a friend now that we’re “civilians” — to share some thoughts about the sexual assault allegation against former Vice President Joe Biden.

My friend is Elaine Lang Cornett, who served as press secretary for the late U.S. Rep. Charles Wilson, an East Texas Democrat and arguably one of the more colorful and effective members of Congress in the past 100 years.

Elaine is casting doubt on the allegation leveled by Tara Reade that Biden sexually assaulted her. Elaine writes:

I have two observations on this story based on my time working in a congressional office. In 1993 the Hill was deep into the sexual harassment allegations against Sen. Bob Packwood. This would include any and all HR departments to report problems. If there was any whisper of an allegation against Biden at that time, it would have surfaced. I can speak to this since I was the press secretary in my office, and fielded phone calls about this issue several times a week. Also, I walked (and sometime ran) through every hallway under the Capitol during the 15 years I worked there and there was no corridor in the basement catacombs where there would have been enough privacy for the events described. These were heavily trafficked passageways used to move from building to building and also were the location of many support offices. I have been skeptical since this story started to percolate.

OK. I’ll take her word for it. My friend always shot straight with me while I worked for the Beaumont Enterprise and her boss was representing the Second Congressional District of East Texas.

It’s good to keep many aspects of this allegation — which Biden has denied categorically and emphatically — in its proper perspective. 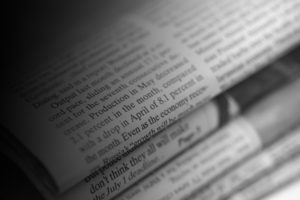 You’ve known a name-dropper, right? He or she is the individual who isn’t bashful about mentioning the names of individuals who cross their path.

For 37 years — or so — as a print journalist I was able to meet some mighty big names. I usually resist the urge to drop their names in casual conversation. I will succumb to that urge for the purposes of writing this blog post.

I cannot possibly list all the names of big hitters my career allowed me to meet along the way. I’ll mention a tiny handful of them just to give you a smattering of the good times that I enjoyed while reporting on and commenting on issues of the day and the people who influenced them. It was during an era when politicians and other public figures wanted to be seen talking to newspaper journalists.

George W. Bush was governor of Texas from 1995 until 2000. A higher office took him out of the governor’s office, but in the spring of his first term as governor, I was able to meet him and interview him at some length in his office in the Texas State Capitol in Austin.

He had summoned editorial page editors from around the state earlier that year. Bad weather in Amarillo prevented me from attending that meeting; I called to let the governor’s staff know of my predicament, but asked that they call me if he chooses to have another one of those meetings.

A few weeks later, they called. The governor wanted to meet me. I asked, “Who else will be there?” They said “Just you.” So, I made arrangements, flew to Austin and spent more than 90 minutes quizzing the future president of the United States about this and that issue.

It was a wonderful experience and I learned a great deal about the governor.

Phil Gramm served in Congress first as a Democrat and then as a Republican. He was a friend and ally of President Reagan, the nation’s top Republican. He was so friendly that the House Democratic caucus ousted him from key budget and tax committees because he reportedly was leaking Democrats’ strategies to GOP members.

Gramm then resigned his House seat, changed parties and then got elected to the House again as a member of the Republican Party. I thought that was a courageous step to take. It surely was a highly principled step.

My favorite quip from Gramm, who was elected to the Senate in 1984, came during a visit he paid to us at the Amarillo Globe-News. My colleague and I interviewed him at length. Gramm was fond of quoting his “Grandma” along with the guy from Mexia named Dickie Flatt. He would mimic Grandma in an affected Deep South drawl.

My colleague mentioned a criticism that came from the late liberal columnist Molly Ivins about something that Gramm had said. His response was classic.

“Molly Ivins likely cried when the Berlin Wall came down,” he quipped. It wasn’t very professional of me . . . but I laughed out loud.

Georgie Packwood once was married to former U.S. Sen. Bob Packwood, an Oregon Republican. Sen. Packwood was running for re-election in 1980. Georgie Packwood campaigned on her husband’s behalf and along the way she managed to visit us at the Oregon City Enterprise-Courier, where I served as editor.

Mrs. Packwood was a smart, erudite and articulate public policy advocate for her husband. We visited for more than an hour, covering all the issues important to Sen. Packwood. We finished, I bid her goodbye and went back to doing whatever it was I had to do.

Several days later, I received a note from Georgie Packwood. It was a brief “thank you” to me for taking the time to meet with her.

Then she offered a specific word of thanks for “not asking about my favorite color.”

Ah, yes. Those were the days.

Montana’s Democratic Party has a tough choice to make.

Who will the party kingmakers select to replace U.S. Sen. John Walsh, who quit his election campaign over the scandal involving his plagiarizing his master’s thesis at the Army War College?

They’ll make the pick on Aug. 16 and then, more than likely, send the new nominee to his or her defeat this November.

I was thinking about a situation that occurred in my home state of Oregon back in 1974.

U.S. Sen. Bob Packwood, the Republican, was set to face a rematch against the man he defeated six years earlier, former Democratic Sen. Wayne Morse. Then ol’ Wayne up and died after winning the primary that spring.

The Oregon Democratic Party then turned to a veteran state senator, Betty Roberts, to run against Packwood.

This, of course, was well before Packwood got into all that trouble relating to his womanizing habits. Back in the old days, Packwood was known as a rapid-fire pol well-versed on policy. He was engaging, smart, glib and quite moderate on many social issues — such as abortion rights.

Morse likely would have lost his rematch with Packwood. So, it fell to Roberts — well-known around the Portland area but virtually unknown everywhere else — to defeat the young incumbent.

She fell about 10 percentage points short that year.

Whoever the Montana Democrats pick this year will have an even steeper hill to climb. Montana tilts Republican. This looks like a Republican year. Walsh was appointed to replace Max Baucus, who took a job as U.S. ambassador to China.

It’s good Walsh has exited the race. He squandered voters’ trust with the plagiarism.

My bet now is that whoever Montana’s Democrats choose will fall far short of where Betty Roberts finished in her last-minute effort so many years ago.

My hometown newspaper, the (Portland) Oregonian, is taking a look back at one of modern sports’ seedier events: the whacking of Olympic figure skater Nancy Kerrigan’s knee by thugs hired by her rival Tonya Harding’s former husband.

Why the interest in Portland? Harding’s a hometown girl, born and reared in Portland. She’s my homey. I grew up there, too. She makes me proud, yes? No.

I noted yesterday that 20 years ago I would answer questions about where I grew up by saying, “Portland, Oregon, hometown of Tonya Harding and Bob Packwood.”

Harding got into trouble over the Kerrigan knee-bashing. She ended up getting stripped of her world figure skating title. Her troubles made international headlines. She became a disgrace.

And then we had Sen. Packwood, who got into trouble about the same time.

He was a brilliant guy. He was part of a potent U.S. Senate tandem with fellow Republican Mark Hatfield. They sat on important committees and looked after Oregon interests in the Senate.

Then his career began to unravel in 1992. He got caught making unwanted sexual advances on female staffers, who filed complaints with the Senate Ethics Committee. He would resign in 1995, but not after he, too, embarrassed those who had watched him come of political age in Oregon.

He defeated one of the Senate’s true lions, Wayne Morse, in 1968. Morse had the distinction of being one of precisely two senators — the other being Ernest Gruening of Alaska — to vote “no” on the Gulf of Tonkin resolution in 1964. Packwood would win re-election in 1974; Morse, by the way, was the Democratic nominee that year, but died shortly after the primary, leaving it up to the state Democratic Party to select a replacement candidate.

I met Packwood in 1980 while working for a small suburban daily paper in Oregon City. He was an impressive fellow, quick-witted, razor sharp, glib, articulate, intelligent and a guy with such a rapid-fire delivery I had difficulty taking notes.

But he turned out to be a disgrace long after I left Oregon for Texas.

It’s still intriguing to me, though, to look back on those days and remember how my then-fairly placid hometown could produce such widely disparate scoundrels.