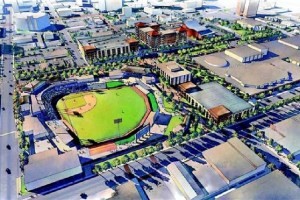 Amarillo gave birth earlier this year to something called a “movement.”

It comprised a group of young residents who became inspired by the city’s effort to revive its downtown district.

It called itself the Amarillo Millennial Movement, as its members were mostly of the millennial generation. Young folks. Engaged. Energetic. Articulate. Ready to rumble.

They took up the cudgel for the multipurpose event venue that had been placed on the ballot in a non-binding referendum. The MPEV issue won the voters’ endorsement. The City Council then ratified those results and handed the project off to the Local Government Corporation. Make it happen, council members told the LGC.

Meanwhile, it’s to ask: Will the Amarillo Millennial Movement stay engaged in the process as it moves forward?

I became acquainted during the year with a couple leaders of this movement, the AMM. Their enthusiasm impressed me greatly and I share their happiness with the results of the citywide referendum.

It doesn’t end there. Movements by definition need to grow. They need to build on their success and strive for more successes.

I trust that AMM will keep its eyes on the LGC, the council, Downtown Amarillo Inc., City Hall’s senior administrative staff. Keep poking, prodding, needling if you must.

Do not be afraid to speak your mind. I, for one, am tired of hearing the same, tired old voices. A group of younger voices has spoken out on an important project for their city. Keep it up! 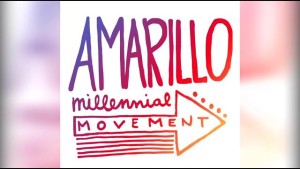 Win or lose when the ballots are counted this fall on Amarillo’s proposed multipurpose event center, I see a victory in at least one important sense.

This campaign will have energized a voting demographic that historically is more prone to sit these events out than take an active role.

The MPEV has captured the imagination of a group calling itself the Amarillo Millennial Movement. It comprises young people who claim they are committed to supporting the downtown Amarillo revitalization project as it’s been presented.

AMM favors the MPEV design that currently includes a ballpark for minor-league baseball. It favors the downtown project’s three tiers — which also includes a convention hotel and a parking garage. The latter two items no longer appear to be in jeopardy, as the Amarillo City Council this week approved the go-ahead on the construction.

The MPEV remains an open question. But if AMM can get itself mobilized, it hopes to persuade enough of Amarillo’s voters to support the project as it stands.

Why is this a victory for the city? Because for longer than any of us can remember, young voters as a bloc haven’t been energized enough to organize into a positive force for change. It’s not just an Amarillo phenomenon. This voter lethargy has permeated communities all across the nation.

Many of us heard the naysayers suggest that the young adults are being used. They’re puppets of some well-heeled, deep-pocketed interest group that wants this project to proceed because of some mysterious enlightened self-interest.

My reaction to that? Big deal.

Have you tried to tell a young person to do something when he or she doesn’t want to do it or they lack at least some measure of commitment to the task? Anyone who’s ever reared children into adulthood knows that is a virtual impossibility.

AMM says it wants the downtown project to proceed. It has developed a campaign logo. It is using its members’ considerable social media expertise to spread the word.

That a group of young residents would take the time to become involved in the political process is good news for an old hand — such as yours truly — who occasionally has lamented young Americans’ seeming lack of interest in civic affairs.

Once this campaign ends, it will be my hope that members of the millennial generation keep their interests high … and stay involved.

My path crossed those of two women today. Both are friends. One is a retired businesswoman, the other is an elected Potter County official.

I spoke to them separately, but the subject of our conversations was the same: the multipurpose event venue that’s been in the news lately.

The retired business owner seems to be quite against the MPEV. She calls it “a ballpark.” Yes, it is that. It’s also — as the name suggests — potentially much more. Indeed, its very name — “multipurpose event venue” — connotes a place where much more than baseball can be played.

The MPEV is going to a vote of the people this November. My retired businesswoman friend thinks it’ll go down in flames, that voters will reject it because they see no future for a ballpark in downtown Amarillo. The Amarillo City Council is under no legal obligation to follow the dictates of the voters, but it certainly faces a serious political obligation if it goes against the voters’ will. Thus, the referendum becomes a de facto binding event.

It’ll fail at the polls this November if those who support it do not start a major sales campaign to educate Amarillo residents about the possibilities that this event can bring to the downtown district.

Which brings me to the other friend with whom I spoke this afternoon.

She told me she supports the MPEV. She also thinks it’s likely to lose at the ballot box this November, but said the election results could be close.

But she offered a glimmer of hope. It rests with the involvement of the city’s young residents, specifically those who belong to a group called the Amarillo Millennial Movement.

AMM has formed specifically to be champions for the city’s comprehensive downtown revival effort. It puts its message out on social media — Facebook, Twitter and maybe other outlets.

My elected official friend is quite thrilled — as I am — that young residents are becoming engaged in this process. “They usually sit these things out,” she told me, adding that the involvement of this group — and perhaps other young people — might be decisive at the polls in November.

They’ve spoken out to the Amarillo City Council, making the case that downtown Amarillo needs to be a place that attracts young people to it and keeps young residents from moving away.

Time will tell if they can organize their enthusiasm into a meaningful political force of nature.

My hope there as well is that they can.

A young woman stood before the Amarillo City Council the other evening and began to challenge one of the newly elected council members.

The video of that exchange is attached here:

It appears quite possible that we might have been seen a precursor to what we can expect as the debate over whether to build a multipurpose event venue downtown gets underway.

The councilman, Randy Burkett, ended up telling the young woman that he didn’t intend to get into a “shouting match with a teenager.” He was more than a tad condescending to the individual, one of his “bosses,” if you will.

It might be that the most curious response to something the young woman asked was that Burkett said it isn’t his job to come up with ideas regarding the planned renovation of downtown Amarillo. He doesn’t like the MPEV and I’d bet real American money he’ll vote “no” on the project when it comes to a vote in November.

But the woman asked him if he had any alternatives to the MPEV. He said, essentially, “It’s not my job.”

Uh, councilman? Yes it is, sir.

Burkett’s job isn’t quite as simple as he seemed to portray it Tuesday evening in that rather peculiar exchange.

You’ve heard the saying, I’m sure, that it’s good to “Hope for the best but expect the worst” when important events are about to occur. Amarillo is going to engage in an important community debate in the next few weeks involving the future of its downtown revitalization effort.

A group of young people, calling themselves the Amarillo Millennial Movement, has formed to become engaged in that debate. These young individuals say they support the downtown project and want their voices to be heard. With all the grousing and grumbling we hear from old folks about their concern that younger individuals don’t care about their community, it’s refreshing to watch a group of young Amarillo residents care enough to form a political wing dedicated to improving their city.

So, let’s have that debate.

While we’re at it, let’s respect everyone willing to engage in that debate. Or, as the Millennial Movement said on its Facebook page: “We want to be able to go to City Council meetings without being insulted. We want people to recognize that we are a serious force in Amarillo.”