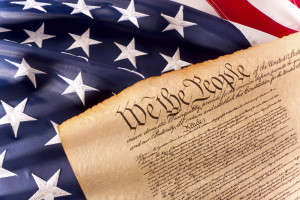 Let’s set the record straight on a key constitutional point: the nation’s founders didn’t get it entirely correct when they drafted the U.S. Constitution in the late 18th century; it has needed amendments designed to provide for a “more perfect Union.”

The 14th Amendment, enacted in 1868, states, “nor shall any State … deny to any person within its jurisdiction the equal protection of the laws.” The Equal Protection Clause contained in the first part of that amendment, therefore, means that no one shall be denied the right to marry the person they love. Period. Full stop.

That also means the U.S. Senate acted correctly this week when it cast a bipartisan vote to codify that same-sex and interracial marriage shall be part of the federal statutes.

The Supreme Court agreed with the Equal Protection Clause when it endorsed same-sex marriage in 2015. That protection, though, is in jeopardy, given the court’s recent ruling to strike down Roe v. Wade, the landmark ruling that legalized abortion. Conservative justices have hinted they might be inclined to strike down the Equal Protection Clause, too, the benchmark for the ruling that allowed same-sex and interracial marriage.

That cannot be allowed to happen.

It’s also instructive that two of the “no” votes in the Senate came from Texas’s two Republican senators, John Cornyn and Ted Cruz, both of whom profess to be legal scholars. They, instead, are revealing their partisan stripes, appealing to the wild-eyed base within the GOP’s lunatic voters.

I could have predicted that Ted Cruz would have voted that way. Cornyn’s “no” vote is deeply disappointing. At least, though, they’re both on the record saying that they are unwilling to offer protection to all Americans, giving them the constitutional right to marry the person they love.

Next comes the House of Representatives. May that body show the wisdom demonstrated by most of their Senate colleagues and then send this legislation to President Biden’s desk for his signature that makes it the law of this great land.