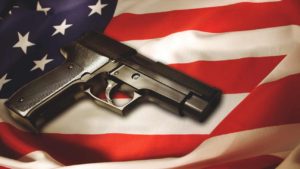 As a general rule I do not categorize myself as a “single-issue voter” motivated to cast my ballot on just one critical issue of the moment.

The massacre that erupted in Uvalde, Texas, however, is likely to turn me into someone I do not generally profess to be. Nineteen children and two educators are dead today in the wake of the state’s worst-ever school massacre and the second-deadliest such tragedy in the nation’s history.

My aim now — along with my bride — is to ensure that every candidate for statewide office on the ballot this year, along with local congressional, legislative and county candidates seeking my vote answer this question the correct way: Are you willing to support the enactment of laws — either at the state or federal level — that seek to prevent future tragedies such as what has occurred in Uvalde?

If they hem and haw their way around an answer and follow the preposterous lead of the likes of Sen. Ted Cruz, then they will not have my vote. Cruz decided immediately Tuesday after the Uvalde slaughter to blame the media and Democrats for “politicizing” the issue of gun violence.

Politicize? Is this nimrod serious?

We happen to require a political solution to this crisis and make no mistake, we have entered a crisis with this spate of gun violence.

Any politician who cannot bring himself or herself to seek those solutions needs to be voted out of office and banished from the public arena.

We have had enough.