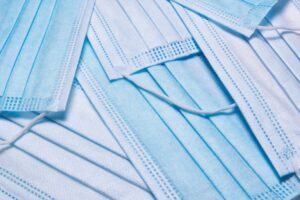 There once was a time when the government told us to do something to protect our health, most of us would comply in relative silence. Few of us griped out loud.

A federal judge this week overturned a mandate from the federal government to require airline passengers to wear masks to protect themselves against the COVID-19 virus. The Transportation Safety Administration has just decided it won’t require passengers to mask up before boarding planes.

I will go to my grave failing to grasp what in the world has happened to us. I will wonder forever and ever why we have begun fighting back with such anger at government’s desire to keep us safe from a disease that has killed nearly 1 million Americans.

It’s not entirely the “American way” to fight these efforts. Sure, we are a nation born from dissent against tyranny. Now we hear from those on the far-right wing of our political divide that “tyranny” has returned to government. It comes in the form of government ordering us to wear masks.

I scratch my noggin over that anger. Maybe I am just too passive. Some of you might think I’m a patsy, that I don’t stand up for my “rights” against an intrusive government.

I simply just comply with these mandates understanding that none of them lasts forever.

That anger has spread to visceral antagonism against medical professionals who advise the president on these matters. I have lost count of the rants I have read on social media from right-wing politicians who vow to prosecute Dr. Anthony Fauci over alleged “crimes” he supposedly has committed.