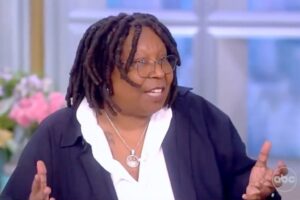 Whoopi Goldberg has stepped in it, which she does on occasion. Her gaffe this time constituted a serious misunderstanding of world history.

So, because of her mistake, ABC-TV has taken her off “The View,” the popular daytime talk show she co-hosts, for two weeks. The network wants her to reflect on what she said on the air this past week.

What did she say? She said the Holocaust was not a race-related crime against humanity. Hmm. Let’s ponder that for a brief moment.

The Holocaust was launched against European Jews because Adolf Hitler said that Jews constituted an “inferior race” of people. Got that? Thus, the genocide resulted in the murder of 6 million Jews before and during World War II.

Goldberg apparently doesn’t see the Holocaust in racial terms. She is an African American woman who sees the issue on the basis of what people with black skin have endured. She called the Holocaust an “evil” act immediately after declaring it wasn’t a racial crime.

I am not going to toss stones at Whoopi Goldberg. I do not want her banned from TV. She has apologized sincerely for the offense others have taken from her statement. I accept her apology. I just hope Jewish Americans do as well.

I see her statement as an utterance that required a lot more nuance and understanding of historical fact about what could be considered human history’s greatest criminal act. Hitler’s own comments tell me he committed a heinous race-based act.

One thought on “Whoopi deserves grace”