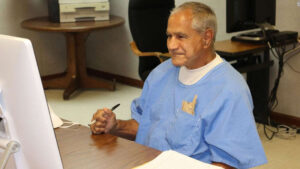 Sirhan B. Sirhan, the man who killed Sen. Robert F. Kennedy and likely changed the course of American political history, is going to stay in prison after all, thanks to a decision handed down today by California Gov. Gavin Newsom.

The state parole board had recommended parole for Sirhan, who was waiting for RFK in the Ambassador Hotel kitchen the night Kennedy won the state’s 1968 Democratic Party presidential primary. Sirhan fired his pistol into RFK’s head and was taken into custody immediately after the shooting.

He should stay locked up. His premeditated murder of a leading American politician was an attack on our political system. Sen. Kennedy might have been poised after his decisive victory in California to claim the Democratic presidential nomination in 1968. He could have then defeated the eventual winner of that election, Richard Nixon. Bobby Kennedy then could have ended the Vietnam War as he had pledged to do during his frenetic 85-day campaign for his party’s nomination.

Robert Kennedy was the first politician I ever truly admired. I had the rare honor of shaking his hand a week before he was gunned down. His death saddens will sadden me for as long as I live.

Thus, I want to salute Gov. Newsom for rejecting the parole board’s recommendation. He wrote this of Sirhan in an op-ed that appeared in the Los Angeles Times:

“He does not understand, let alone have the skills to manage, the complex risks of his self-created notoriety. He cannot be safely released from prison because he has not mitigated his risk of fomenting further political violence.”