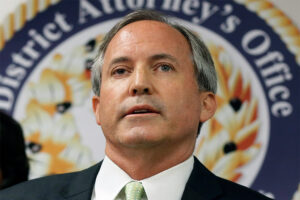 If I had to choose one contest in this primary season coming up in Texas that interests me the most it would have to be the Republican contest for attorney general.

And for the life of me I cannot understand the notion being kicked around that the incumbent — Ken Paxton — might be in position to fend off the challenge that is coming from within his own Republican Party.

Paxton has been under felony indictment since the first year of his time as AG. A Collin County grand jury indicted him on a charge of securities fraud. The AG hasn’t yet stood trial.

Then there’s Paxton. The man is an embarrassment. In addition to the securities fraud indictment and pending trial, seven former top legal assistants quit the AG’s office and filed a whistleblower complaint alleging that Paxton has committed illegal acts while serving as attorney general; the FBI is looking at those complaints, too.

I want Paxton to get drummed out in the primary. If he manages to hold on and win the GOP primary, then he’s a seeming cinch to win re-election — again! — this coming fall.

The whole notion of Paxton winning a third term as attorney general makes me want to pull my hair out.