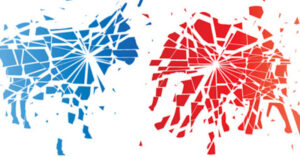 When a member of Congress spewed hate speech about another member of Congress, there once was a time when the leadership of the offending members’ caucus would call him or her down hard, informing that lawmaker that such speech is unacceptable.

Not any longer. Oh, no. These days, political leadership — notably on the Republican side of the great divide — remains silent. You hear the proverbial crickets chirping in the House and Senate chambers. Politicians from the opposing party often rise up and rant loudly.

The latest pair of congressional members to square off are Republican Lauren Boebert of Colorado and Democrat Ilhan Omar of Minnesota. Boebert compared Omar’s occasionally harsh rhetoric to the kind of trash that comes out of the mouths of terrorists. Oh, of course Rep. Boebert had to inject “Muslim” into the tirade because, well, Rep. Omar happens to be a faithful Muslim; Omar is a native of Somalia who emigrated to the United States when she was a teenager. Her parents came here looking for a better life. They found it and their daughter became a member of Congress after becoming a naturalized American citizen.

Boebert is part of the QAnon cabal of House members who have latched onto some of hideous notions put forth by that mystery movement.

She appears to hate Ilhan Omar’s faith and in expressing her extreme view that Muslims are inherently sympathetic to terrorist acts, she has engaged in a form of hate speech that in an earlier time never would have been given credence by the silence of her party’s political leadership.

We do have two living former Republican presidents: George W. Bush and Donald J. Trump. Bush has been vocal over many years to demand decency from his caucus. Trump, though, has remained silent.

Indeed, Trump’s followers in the current Congress far outnumber those who are loyal to Bush. Thus, we have the silent treatment greeting the kinds of hate speech that comes from Boebert … and others within the GOP.

We just have to find a way to repair the quality of our discourse and to hold politicians accountable for the garbage that flows too easily from their mouths.