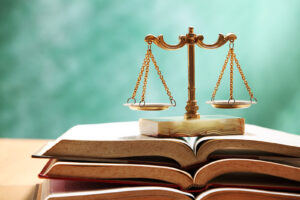 One jury verdict does not necessarily signal a trend, although some thinkers and analysts are trying to ascribe a trend to the Georgia jury that convicted three white men of murdering a black man.

The trend that some are asking: Does this verdict signal the arrival of racial justice in America?

Let’s hold on here. Ahmad Arbery was jogging through a white neighborhood when he was accosted by three men who seemingly though that Arbery, who was black, didn’t belong there. One of the men shot Arbery to death and that individual, Travis McMichael, was convicted of all the charges associated with the killing.

The jury, comprising 11 white people and one black individual, delivered a stern warning to anyone thinking they can hide behind a “self-defense law.”

What about the racial justice question? If it spells the end of verdicts that acquit white people of killing a black person on flimsy evidence, the answer is “no,” we don’t have racial justice. Nor do we have it if a jury acquits a black individual if he kills white victims, such as what occurred in 1995 when a mostly black jury acquitted O.J. Simpson of murdering his former wife and her friend.

I am not going to ascribe an abundance of significance to the Georgia jury’s verdict. I welcome it, but let’s wait a long while before we attach any historical significance to what the jury has ruled.