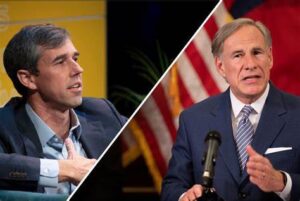 Oh, my … forgive me for referring to former West Texas congressman Beto O’Rourke by just his first name in this headline, which in reality is a nickname. It just sounds cool.

Still, he and the man he hopes to defeat in 2022 are serious men. My hope is that O’Rourke and Texas Gov. Greg Abbott don’t tack too far to the left or right as they seek to curry favor with most Texas voters.

I have declared myself to be a “good government progressive,” which I intend to mean that I am not opposed to compromise if it produces sound legislation and law.

Abbott has veered to the far right since the start of the 2021 Legislature. I dislike his right-wing views. O’Rourke has appealed to the far left since losing a U.S. Senate race by just a little in 2018 and then flamed out in a 2020 bid for the Democratic Party presidential nomination. To be candid, I am not comfortable with the progressives’ agenda.

I am not sure that most Texans are comfortable with far left or far right politics. There is out here, in the words of the late Colin Powell, a “vast middle ground.” I hope O’Rourke and Abbott find themselves arguing for that middle-of-the-road avenue.

As the Dallas Morning News noted in its editorial today, the state will be better off for it.