My wife and I live in a growing North Texas community that, as near as I can tell, is searching to create an identity for itself.

Princeton doesn’t seem to have a community ID. I don’t hear much talk about finding one. Having lived there for more than two years — and we intend for it to be our “forever home” — it’s just a feeling I get when I venture around the city to run errands or to do whatever it is semi-retired guys do.

The city will have an election in November to take a baby step toward establishing an identity. Princeton will ask voters to approve the establishment of a citizens committee to draft a home-rule charter. The aim is to reel in the reins of power to City Hall and to set the governing rules right here at home. Princeton, which now is home to more than 18,000 residents (and counting!) is governed under “general law,” meaning that the Legislature sets the rules for how this exploding community governs itself.

Princeton has tried four times to establish a home rule charter ever since it crossed the 5,000-resident threshold established by the Texas Constitution. Residents who don’t even live in the city have spearheaded efforts to defeat the measure all four times; the anti-charter cabal lives in what is called the city’s “extraterritorial jurisdiction.” 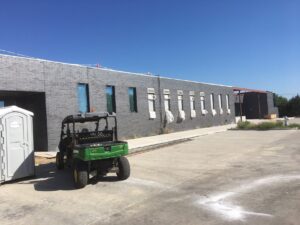 Princeton needs to establish the identity I sense is missing. There is no bustling downtown district. City Hall is going to move from its paltry location along U.S. 380 just west of Second Avenue to a shiny new complex just east of Princeton High School. The municipal complex is going to be a thing of beauty.

I don’t have the precise answer as to how Princeton establishes its community ID or how it defines it. I do believe, though, that a thriving community must be more than a sea of rooftops under which families live after working all day. Bedroom communities are fine. I just want more for the city where my wife and I plan to live for the proverbial duration.

Is the home rule charter election set for November a small step toward that end? I do hope so. I want to see take the next step in the spring when it asks voters to decide on the future of a home rule charter for Princeton.