Does this now doom Sirhan Sirhan’s journey toward the door of the prison where he has been held for 53 years?

No, but it should. 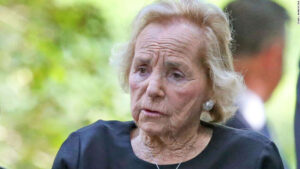 Ethel Kennedy, the wife of the man Sirhan murdered on June 5, 1968, has said Sen. Robert Kennedy’s killer should not walk free. “Our family and our country suffered an unspeakable loss due to the inhumanity of one man,” Kennedy, 93, said in a statement of Sirhan Sirhan. “We believe in the gentleness that spared his life, but in taming his act of violence, he should not have the opportunity to terrorize again.”

A two-person parole board has recommended Sirhan be released. It’s far from a done deal. California Gov. Gavin Newsom has the authority to veto what the panel has recommended. A complete review of the parole recommendation could take months to complete.

Six of the Kennedys’ nine surviving children have spoken out against the recommendation to parole Sirhan. RFK Jr. and Douglas Kennedy have endorsed the parole recommendation. Now, though, their mother has said that Sirhan still poses too great a risk to society for him to walk free.

On a personal note, I still mourn RFK’s murder. I was able to shake his hand a week before he ventured into the hotel kitchen after winning the California Democratic primary. I was shaken to the core at his death and it still haunts me.

I do not mean to suggest that Robert Kennedy’s life means more than any other murder victim, but Sirhan Sirhan very well might have changed the course of U.S. political history by denying Americans the chance to decide whether RFK should become president of the United States in 1968.

Count me as one American who would not be disappointed in the least if Gov. Newsom decides to keep Sirhan B. Sirhan locked up … where he belongs.