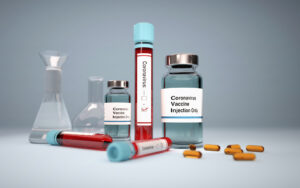 One of the persistent sources of madness in this contemporary political climate has been the insistence by some on the right that the COVID vaccines, which are demonstrably successful in preventing the disease, should become the “enemy.”

We are witnessing a surge in illness among the unvaccinated Americans stricken by the Delta variant of the COVID-19 virus.

Indeed, what is shocking to me is how many Americans have been affected in a real way by the virus. Those of us who haven’t been stricken by it still know people who have. Many thousands of Americans have bid farewell to loved ones. Millions of others — such as my family and I — have had loved ones stricken by the disease.

We have lost friends to the disease. It’s a real threat to the nation’s health, you know?

The pandemic has hit all of us in some fashion.

There remains this core of Americans who insist that the virus somehow, in some manner just isn’t as dangerous as those in the media and those damn medical experts have made it out to be.

They are absurdly wrong, of course. Too many of us know better. There are those of us who have watched our friends and family members get sickened by this killer virus.

The death count is 614,000 Americans and counting. The worldwide total is more than 4 million. These are not phony numbers. They are as real as the disease that has felled so many of us.

The vaccines are saving lives as I type these words. They are among the most devastating weapons we can deploy against the virus. Still, the deniers continue to drive me out of my mind.