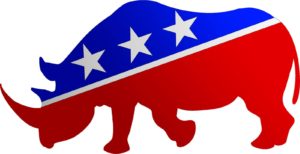 The disgraced ex-president of the U.S.A. now has turned his rhetorical guns against the Senate Republican leader and a key member of the administration he led for four of the longest years in anyone’s memory.

You see? The former Liar in Chief just cannot stop lying about the election he lost to President Biden by 7 million ballots cast.

And so it goes on and on.

The disgraced ex-president continues to foment the lie, continues to rev up that fanatic corps of goofballs comprising his electoral base and now goes after two of his (formerly) favorite public officials who stood behind him while he perpetuated the Big Lie.

The ex-Imbecile in Chief calls Barr a RINO — a Republican In Name Only — because he quit the administration just a few weeks before the whole cabal of gangsters was set to leave office. He accused McConnell of doing “nothing” to overturn President Biden’s victory. Hmmm. Well, there was nothing to be done … dipshit!

Oh my goodness. This clown simply continues to astound many millions of us.