Texas has celebrated this glorious day for decades.

Now it’s time for the rest of the nation to join us.

Juneteenth will become the nation’s latest national holiday once President Biden puts his name on the legislation that sailed through the Senate unanimously and through the House in overwhelmingly bipartisan fashion.

It becomes the first national holiday since Martin Luther King Jr.’s birthday was declared such in 1983.

I am delighted as a Texas resident to see this state take a front-and-center place in this discussion. June 19, 1865 was the day that African-Americans were informed in Galveston that they were, indeed, free from enslavement; the announcement came two years after President Lincoln signed the Emancipation Proclamation. News didn’t travel nearly as fast as it should have in those days … you know? 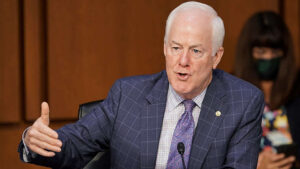 And so, with the exception of 14 GOP knuckleheads in the House, virtually the entire legislative branch of government is on board in that rare bipartisan event.

This day deserves the honor it is about to receive, as do the descendants of those who were declared finally free of humanity’s greatest sin.