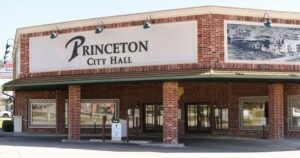 My wife and I love the city where we chose to settle in Collin County.

Princeton, Texas, is a rapidly growing community that appears to have great things in store for it. However, it needs to accomplish something that most cities its size have done: It needs a home-rule charter to govern its affairs.

It appears the City Council might be on its way toward making its fifth — yes, its fifth — try to persuade voters that home rule is better than being governed by the dictates of the state.

Now if I were to advise the city, I would make sure that it tells voters one key point above all others, given that this point apparently sunk previous attempts at approving a home rule charter. It would be that the Texas Legislature made sure that the city cannot annex property without the property owners’ consent.

Annexation appears to have been the deal breaker in previous attempts at approving a home rule charter. Some residents — led by a gentleman who doesn’t live within the city limits — got scared away from approving the charter over fear that the city could just grab their land and pull it inside its corporate limits. The 2017 Legislature wrote a law that prohibits such ham-handed annexation. It said cities need to ask permission. If they don’t get it, cities cannot annex the land.

Princeton’s population, which was recorded at 6,807 after the 2010 Census, will at least double when they count heads effective with the 2020 Census. That would make Princeton the largest city in Texas without a home rule charter, according to a story in the Princeton Herald.

We hear it said that “local control is best.” I believe that to be true. So, when someone espouses “local control” of municipal affairs, the city needs to govern itself, not allow it to be governed by “general law” set by the state.

The Princeton Herald reported this week that the council has decided to appoint a charter commission that will draft a proposed home rule charter, discuss it openly and publicly, then ask the City Council to refer it to voters. State law prohibits the city from campaigning actively in favor of any political issue. However, a citizens committee can carry that water for the city.