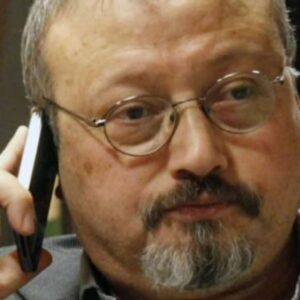 The world knew already what U.S. intelligence officials released for public review: the Saudi crown prince ordered the assassination of a renowned Saudi dissident journalist who also happened to be a U.S. resident at the time of his hideous murder.

Jamal Khashoggi was strangled and dismembered. His remains haven’t yet been recovered. Crown Prince Mohammad bin Salman ordered it because of critical columns that Khashoggi had written for the Washington Post.

I am glad to see President Biden reversing his predecessor’s hands-off policy regarding MBS. I wish, though, he would level harsh personal sanctions on the crown prince rather than backing off. Yes, the president intends to sanction others within the Saudi government and will sanction the nation as well; he will suspend arms sales and other deals intended to strengthen the Saudi position in the Middle East.

However, the bad guy in all of this — the crown prince — is going to skate away without punishment.

CBS News is reporting on the intelligence findings: “We base this assessment on the Crown Prince’s control of decision making in the Kingdom, the direct involvement of a key adviser and members of Muhammad bin Salman’s protective detail in the operation, and the Crown Prince’s support for using violent measures to silence dissidents abroad, including Khashoggi,” the report says.

So, still, there is no punishment being handed out to this evil character? Amazing!

We are proud in this country of standing up for liberty and for the free flow of information and dissent. Khashoggi wasn’t a U.S. citizen, but he lived here and worked for a leading U.S. newspaper, the Post.

President Biden has whiffed on this one.

One thought on “It’s out: MBS ordered killing”