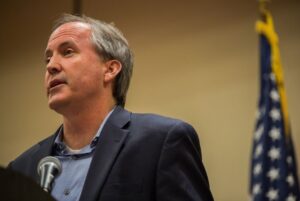 Ken Paxton is supposed to be fixated solely on the nuts and bolts of his job as Texas attorney general.

He isn’t focused on those details. Instead, he is looking over his shoulder at a reported FBI investigation into whether he broke the law by handing out favors to a political donor.

I consider these questions to be a debilitating factor that takes the AG’s eyes off the mission, which is to represent the state on myriad legal matters.

At least one major Texas newspaper, the Dallas Morning News, has called on Paxton to resign immediately. The Morning News contends that Paxton no longer can serve effectively as the state’s top law enforcement officer, based on the federal investigation that reportedly has commenced and on the state trial on securities fraud that is still pending.

Indeed, it is impossible in my view for the attorney general to work on behalf of the state while the FBI presumably is looking high and low to determine whether there is anything to the allegations that the AG’s top aides have raised.

I get the part about the presumption of innocence. However, the cloud is darkening over Paxton and his tenure as attorney general.

At issue is whether Paxton intervened on legal matters involving Nate Paul, a major donor to Paxton’s campaigns. Paxton’s aides suggest he broke the law; their complaints involve allegations of bribery.

This isn’t going down well with many of Paxton’s fellow Republicans. Some have called the allegations “concerning.” Others have said Paxton should quit.

The drama is going to play out eventually, or one should hope.

Texas needs an AG who isn’t sullied by these types of questions.

Thus, you can count me as one who continues to believe Ken Paxton should resign.