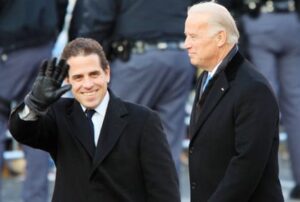 I guess we’ll have to buckle up and prepare for the onslaught against Joe Biden’s son, Hunter, given that Donald Trump can’t seem to lay a glove on the Old Man.

Joe Biden’s lead over Trump holds firm at 10 to 15 percent. His lead in “key battleground states” also appears solid. Trump is flailing. He likely knows he is in deep doo-doo with the electorate.

Now we hear from Secretary of State Mike Pompeo who said something about digging up emails sent by Hunter Biden while he was doing business in Ukraine.

The rule of thumb appears to be this: If you cannot challenge the candidate’s record as a lifelong career politician, then go after his son as a way to smear/defame both father and son.

I will not be dissuaded from supporting Joe Biden. Hey, I’ve already voted and Biden is the direct beneficiary of my vote.

Let’s just remember what we heard when Hunter Biden’s first surfaced during the Trump impeachment inquiry. It came from Ukrainian prosecutors who said that neither of them — Joe or Hunter — did anything wrong.