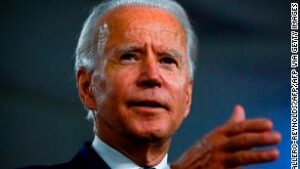 David Gergen has hobnobbed at the center of power for decades, going back all the way during the Ford administration.

He has served Republican and Democratic presidents. The CNN political analyst has crystallized the Big Question that Joe Biden must be able to answer as he ponders who he wants to run with him on the Democratic ticket against Donald Trump. According to CNN.com, it goes like this:

But the Biden campaign should be paying the most attention to this question: If history calls, will his vice president have the capacity and talent to become a first-class president?

There you have it. Compatibility with the presidential nominee is important; so is personal chemistry; same for whether she will be a political asset.

The threshold question must be whether the VP is ready from Day One to step into the big job.

Look, let’s be candid. Joe Biden will be 78 years of age were he to take the oath of office next January. He will be the oldest president by a good bit ever to assume the office. That does not mean that the vice presidential nominee should start preparing for the job.

Lyndon Johnson was selected by John Kennedy to run for VP in 1960. Kennedy was 43 years old, the youngest man ever elected president. Fate intervened on Nov. 22, 1963. JFK chose well, as it turned out.

Joe Biden will have to choose equally well as he selects the person to run with him in what figures to be the nastiest, filthiest campaign in modern history … maybe of all time!

The other stuff is window dressing. The first and last criterion must be presidential readiness.

The man knows his stuff. Pay attention to the advice this guy offers, Mr. Biden.