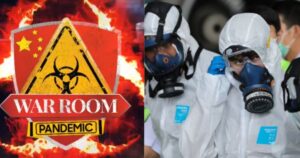 Franklin Roosevelt told us the “only thing we have to fear is fear itself”; John F. Kennedy implored the nation to “ask not what your country can do for you, but what you can do for your country”;  Gerald R. Ford — the nation’s only unelected president — told us “our long national nightmare is over.”

Well, dude, it hasn’t stopped. Yeah, he was referring to crime … but that hasn’t abated, either. The new “American carnage” came to us via the coronavirus pandemic. OK, he didn’t cause it. His dawdling, dithering and delay in acting initially to it has resulted in tens of thousands of more deaths than it otherwise might have produced had the president acted decisively at the front end of the pandemic.

Thus, the American carnage he vowed to stop only has worsened on his watch.

The pandemic continues to rampage across the land. It is producing greater rates of infection and death in many communities, all while the president continues to push state and local governments to speed up the reopening of the economy that has stalled because of the pandemic.

It ain’t working, Mr. President. I will just chalk this “American carnage will end” pledge to be another broken promise.