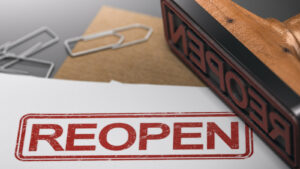 I believe I have developed an acute case of coronavirus pandemic heebie-jeebies.

It’s got me spooked, man. The nervous jerks kicked in when I heard about Texas’ major university systems announcing they intend to return to in-person classes this fall. All Texas public schools — from grade school to college — suspended that activity while the state launched its fight against the pandemic.

Now they’re going to open the classroom doors once more. In the fall. Just a short period after Gov. Greg Abbott launched his gradual, phased-in reopening of Texas business, which has ground to a halt during this pandemic matter.

There’s more to it, of course. The universities are going to play football. In the fall. How are they going to do that? How do they fill Memorial Stadium in Austin, or Kyle Field in College Station or Jones Stadium in Lubbock?

Do they put only a fraction of the fans into those big-time venues?

Hey, I am anxious for college football to start its season, too. I don’t have a Texas favorite, but I do have a favorite college team in my home state. The University of Oregon Ducks are facing the same quandary. In-person classes shut down there as well as in Texas. Furthermore, the Ducks have a big game scheduled Sept. 12 in Eugene against the Ohio State Buckeyes; I want the Ducks to beat them Buckeyes. But should they seek to do so this early?

I don’t know. I am leery. I am anxious. None of us wants a second or third hideous spike in infection or, worse, in death.

I simply fear the worst could happen if we move too quickly to return to what we used to think is “normal.” I believe we have crossed the threshold into the “new normal” that we need to prepare to accept as the way it will be.