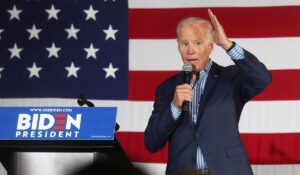 I haven’t heard of anyone asking Joe Biden a question that has been nagging at me for some time.

It would be this: Mr. Vice President, are you going to commit to running for a second term as president if you are elected?

I know what you might be thinking. It is that Joe Biden isn’t as sharp as he used to be, that he is showing some signs of slippage. I am not going to endorse that notion.

However, he already is an older man. It’s a fair question to pose to someone of his advanced years. It is fair to ask whether he will serve only a single term, which makes his selection as vice president even more critical.

Politically speaking, it would be foolish for any presidential candidate to say while campaigning for the office what he or she intends to do if elected. Indeed, it might not even be wise politically for a president to state his or her second-term intentions early in a first presidential term. Doing so would bestow lame-duck status immediately on the incumbent.

None of this should preclude a journalist from posing an admittedly difficult question of a major-party candidate for president. It then falls on the candidate — in this instance, Joe Biden — to offer an adroit answer that keeps us guessing at least while he is running for the office.

As the presumptive Democratic Party nominee scours the landscape for a running mate, it becomes imperative that whoever he picks is ready to assume the presidency … or will commit to campaigning for it in 2024.