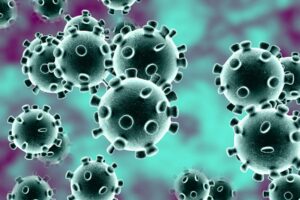 What in the name of science denial is going on at the White House?

The nation is being threatened with a potentially monstrous medical pandemic — the coronavirus — and the president of the United States wants the world’s top immunologist to pass all public comments through the White House before it’s made public.

I refer to Dr. Anthony Fauci, someone who has worked for seven presidential administrations. The man is a medical genius. He is trying to offer candid assessments of the threat of the virus that is sweeping through Asia and is threatening to do the same through every other continent on Earth … maybe even in Antarctica.

He stood before the nation the other day and said without hesitation that he cannot predict what the coronavirus is going to do to the United States. Then Donald Trump took the microphone and essentially contradicted him, saying that everything is under control. He predicted — and I cringed when I heard him use the word — there might be a “miraculous” discovery to cure the virus.

Trump is saying that a vaccine is just over the horizon; the medical gurus say “not so fast,” there ain’t a cure to be found just yet.

Meanwhile, the president put Vice President Mike Pence in charge of the coronavirus mission. Pence is, shall we say, a noted science denier. He has demonstrated little tolerance or understanding of the complexities of crises such as what we’re facing at this moment.

He wants instead to protect the president’s backside, of which he has shown quite an ability.

Meanwhile, the world is engaging in something close to panic. The White House response is to censor the brilliant medical minds who are seeking answers — and developing updates that they need to give to an increasingly anxious public.