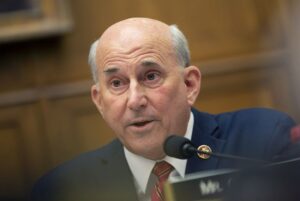 Gohmert was one of just four House members to vote against a bill that makes lynching a federal crime. It’s named after Emmitt Till, a young African American, who was lynched in the 1950s because he whistled at a white woman.

Gohmert’s objection to the Emmitt Till Antilynching Act is sound. He said the maximum 10-year penalty for a conviction in a lynching is far too light. Gosh, do ya think?

The House passed the bill 401-4. It was hailed universally as a get-tough federal law that makes lynching a federal crime.

I believe, though, that anyone convicted of such a crime in, say, Texas would be put to death.

I am now left to wonder why this particular legislation — if it’s meant to make a harsh statement against hate crimes — carries such a mealy-mouthed, milquetoast punishment.

Here’s some good news about the Emmitt Till Antilynching Act: It now must go to the Senate, which now must approve the House version of the legislation.

How about this idea? The Senate ought to reject this measure, and then send it back to the House to apply a penalty for a heinous hate crime that matches what many states apply for the commission of such a crime.