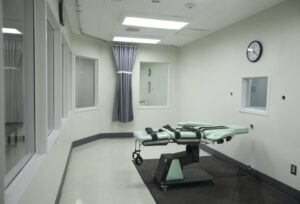 So, the federal government is restoring the death penalty for federal crimes. The Justice Department is bringing back this form of punishment that’s been on the shelf for two decades, through presidential administrations of both parties.

I have to ask: What crime will it deter? Where is the deterrence that this punishment is supposed to create? Do criminals really think of the punishment when they commit these heinous acts?

Capital punishment gives me considerable heartburn as I grapple with how I feel about it. I have declared my opposition to the death penalty as a punishment handed out by states and, now, the federal government.

We kill criminals at a break-neck pace in Texas, although the pace has slowed considerably in recent years. There once was a time when we were executing ’em with stunning regularity. There were tacky, crass jokes about setting up a “drive-through window” at the state’s execution chamber in Livingston.

Did the frequency of those executions stem the crime tide? Did it prevent killers from doing what they did to deserve the ultimate punishment? I fear not.

Which makes the DOJ’s decision to return the death penalty so problematic for me.

I don’t want to “coddle” these individuals. They should serve hard time. I do not oppose “administrative segregation,” which is a euphemism for “solitary confinement.” If they’re going to spend the rest of their lives in prison, make them pay deeply for the crime that put them behind bars.

I am acutely aware that life sentences don’t deter criminals, either.

The notion of deterring criminal acts requires a lot more thought and nuance than just killing the individuals who commit them.