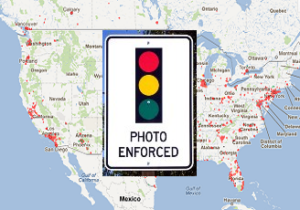 I know these two men well and have developed a lot of professional respect for them, but Texas state Reps. Four Price and John Smithee of Amarillo have disappointed me.

The two Republican lawmakers have put their names on a bill that would allow the Legislature to disallow the deployment of red-light cameras. Cities that deem there is a need to use the equipment to stop motorists from breaking the law no longer would be allowed to use the cameras.

Amarillo — which Price and Smithee represent — is one of those Texas cities that has used the cameras to assist in the enforcement of traffic laws.

Gov. Greg Abbott has gone on record saying he wants the cameras pulled down. His statement suggests he will sign legislation that forbids cities from using the cameras.

Why does this bother me? Well, I support the city’s effort to crack down on red-light violations at signaled intersections. I say that as someone who has been caught running through an intersection, seeking to sneak through when the light had turned yellow; I wasn’t quick enough to avoid getting caught.

Moreover, Republicans have traditionally been the political party that espouses local control. They have been champions of cities operating under their charter, rather than allowing “big brother” state government to impose policies that determine issues that are best left to the cities’ discretion.

I guess that’s no longer the case.

Indeed, the Legislature’s decision just a few years ago to allow cities to use the cameras came after extensive discussion and debate. I believe the cameras have helped deter motorists from acting in a manner that endangers other motorists and pedestrians.

I wish Reps. Price and Smithee had held true to their view that local control is the preferred method of delivering good government.