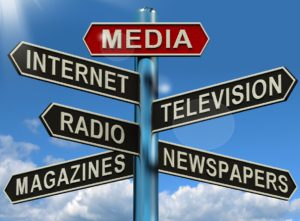 The new owners of two West Texas newspapers appear to be watering down their commitment to the communities the papers serve.

Now, I say this from afar. I no longer live in West Texas. I have watched all this play out from my new residence in Collin County. However, I have a keen interest in the future of one of those communities and, yes, of the other one as well.

GateHouse Media purchased the Amarillo Globe-News and the Lubbock Avalanche-Journal from Morris Communications in the fall of 2017. GateHouse made some promises about its commitment to community journalism. Morris, meanwhile, got out of the newspaper publishing business totally.

So, what has happened to the new owners’ commitment to community journalism? A friend of mine sent me a note informing me today that the Globe-News and the Avalanche-Journal now have a “regional associate editor” who’s in charge of running both papers’ opinion pages.

Follow me here: Amarillo and Lubbock are 120 miles apart at both ends of Interstate 27. The new “director of commentary” lives in Lubbock. He’s going to continue to live there, or so I gather; that means he’ll drive to Amarillo during part of the week. I suppose he’ll need to show himself in Amarillo to pretend to be a member of the community.

The days he spends away from either community, though, is going to diminish the each paper’s editorial voice. It will water down its leadership in both communities. The editorial page of the G-N and the A-J will be muffled to a significant degree. One individual cannot pretend to know all there is to know about two communities that have disparate interests, differing power structures, different sets of movers and shakers, varying concerns.

I long have subscribed to the belief that newspapers that pursue a cogent and lively editorial policy are an essential element to any community’s well-being. Sure, readers complain about what a newspaper thinks about an issue; they take the editor and publisher to task. Or, they might agree and applaud with whatever position the opinion page has staked out.

GateHouse Media’s so-called commitment to the communities it pledged to serve is facing a serious challenge with the way it is structuring the leadership of two once-stellar voices for their respective regions.

Man, I hope I am wrong. If I am, I’ll swallow the crow whole.